Plants for a Bird-friendly Yard in the Northwest

Native plant specialist, Don Norman, recommends plants for a bird-friendly back yard in the Pacific Northwest. He says:

My favorite for a winter food source is the California wax myrtle (Morella californica), which provides winter food for many species (like Yellow-rumped Warblers after which they were named). The plant can grow to 17 feet, but is easily pruned and shaped. 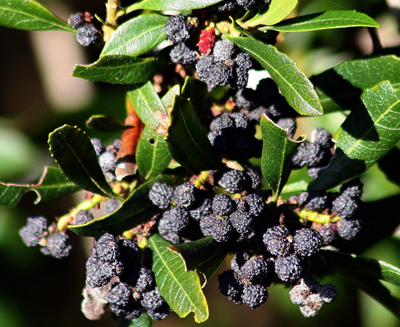 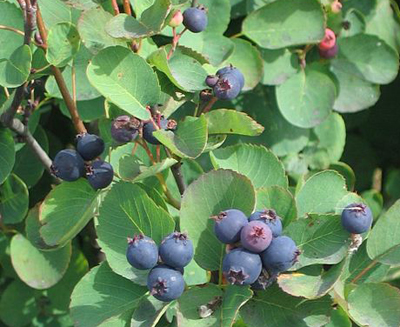 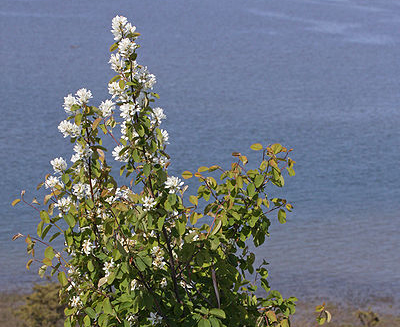 As a summer food source, I like serviceberry (Amalanchier alnifolia). It is also very nice in the spring with its massive number of white flowers.

Both get pretty big, so I also have a smaller shrub, evergreen huckleberry (Vaccinium ovatum), that is a nice shade urban space plant, which has fruit in the fall. 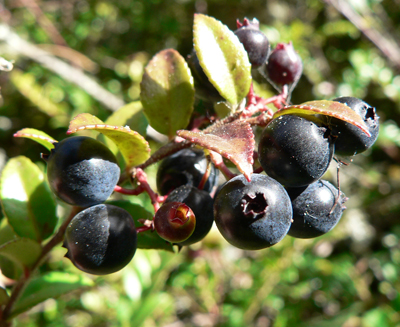 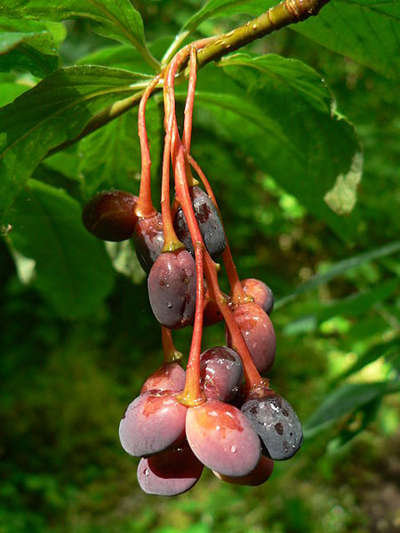 For the residential yard with its ever-present American Robins, I would also suggest an Indian plum (Oemlaria cerasiformis) ... as it provides the earliest fruit and is a harbinger of spring - the earliest flowers (albeit small). It is monecious so you need to determine that you have a male and female (especially in urban areas where it is not common). It blends in well with other shrubs and avoids the summer (August usually but in dry 2013, even longer) by simply going dormant!