Could not retrieve the oEmbed resource.

Ever Heard of a Sandgrouse?

The part about the “sand” is true. But the “grouse”? Not so much. Sandgrouse – of the family Pteroclididae – are actually related to pigeons and doves. And they live in some of the most parched environments on earth. They're found in aridlands in northern, southern, and eastern Africa, the Middle East, India to central Asia, Madagascar, and even into dry southern Europe.

To satisfy the thirst of newly hatched precocial chicks, male sandgrouse fly as far as 20 miles to a watering hole, dunk their bodies in the water, and carry water back to the nest – in their belly feathers. Then the sandgrouse chicks use their bills like tiny squeegees, “milking” their father’s belly feathers for the water they need.

To get a feel for sandgrouse, watch a little of this video. It includes many views of a flock of both male and female Spotted Sandgrouse, and there are a few Pin-tailed Sandgrouse shown as well. Their camouflage is admirable, isn't it? And they look about the same size as their pigeon cousins.

Like other birds, sandgrouse can drink...and they do so heartily. Watch these Black-bellied Sandgrouse, and listen to their scratchy calls and stuttery flight notes.

But the real sandgrouse specialty is soaking it up at the waterhole:

They are a handsome lot — especially if you like earth tones. Here are some great photos of some of the other species: 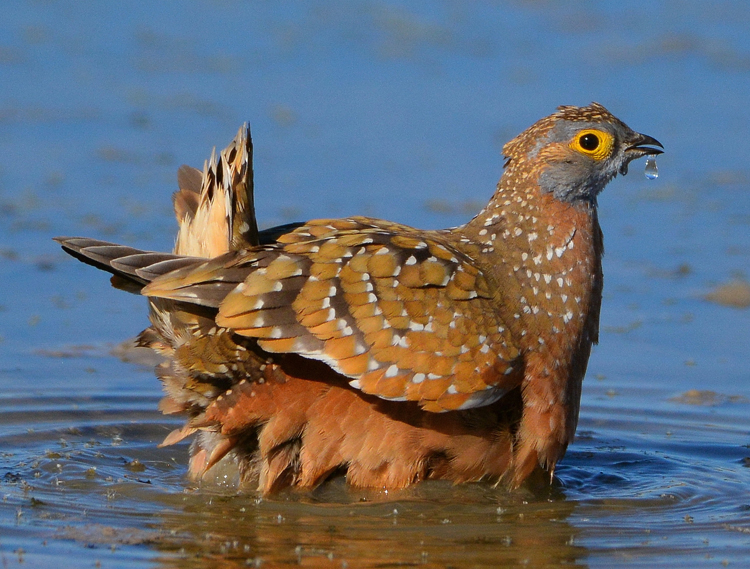 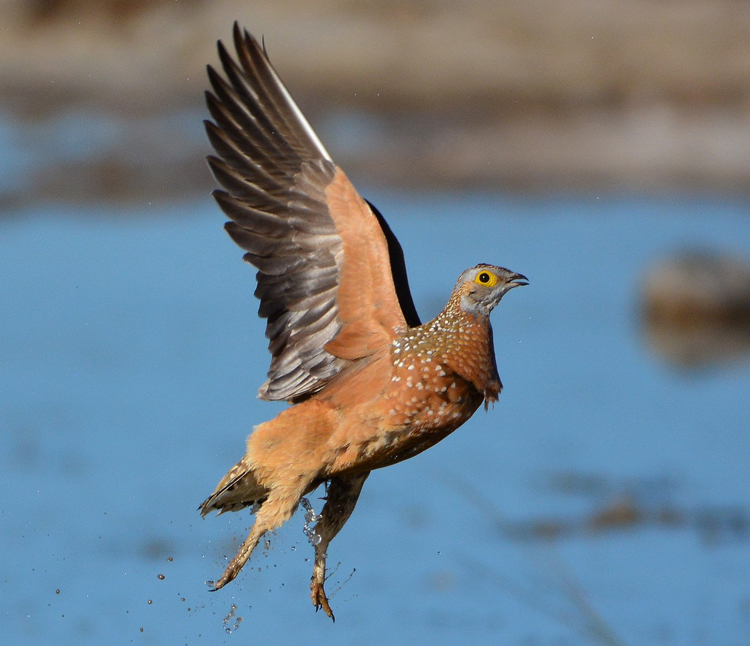 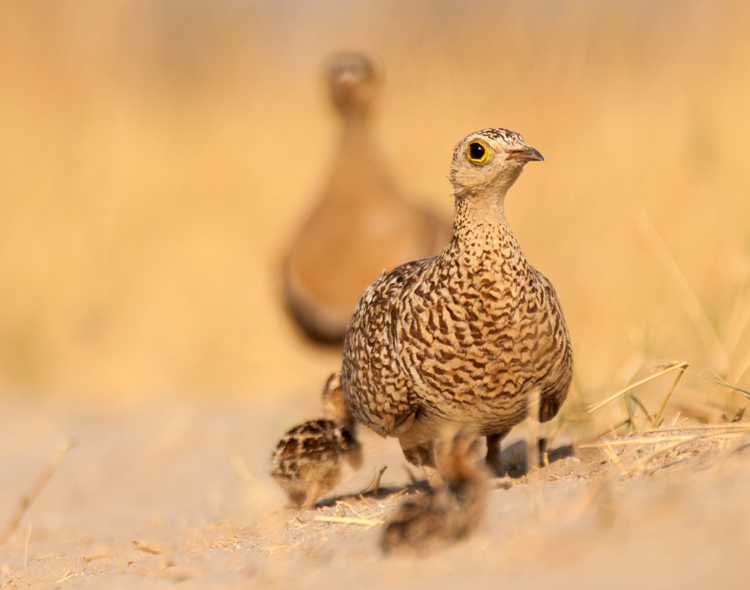 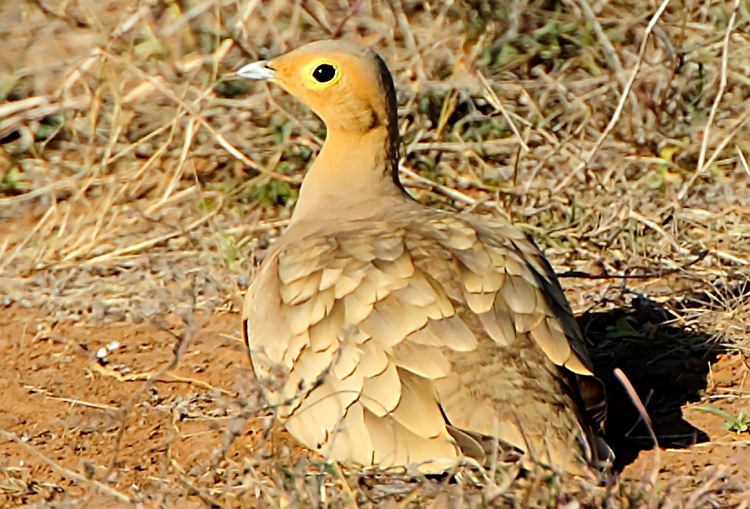 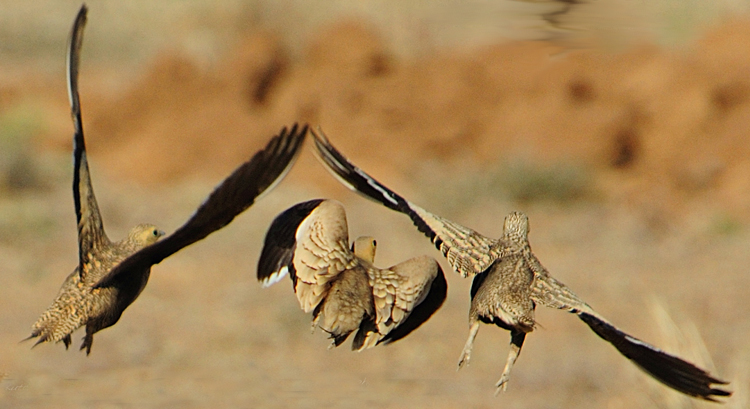 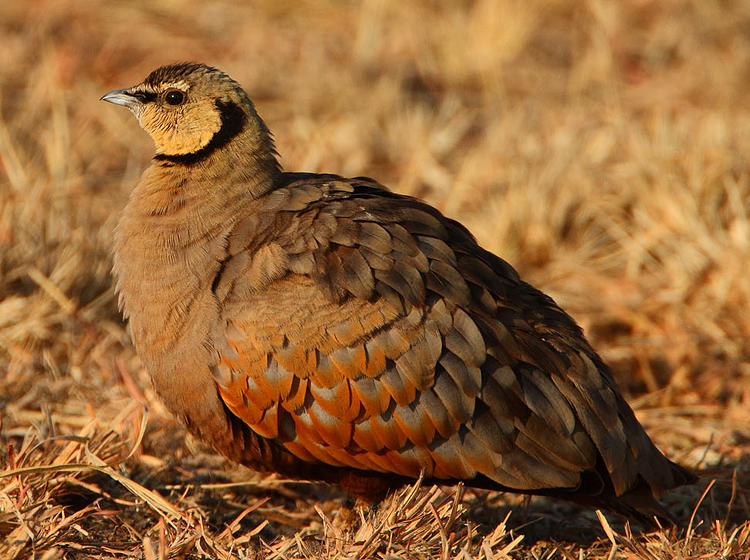 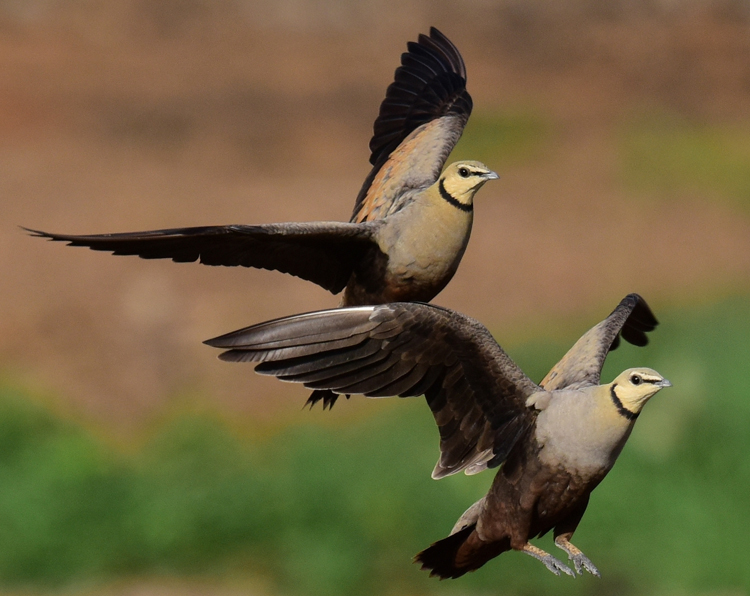 Listen to a BirdNote story about sandgrouse, Desert Water-carriers.