The Long-tailed Duck is not widely known outside birdwatching circles. But what a wonderful duck it is. Found only locally at certain times of the year, and with an oddly goofy, human-like voice, the otherwise elegant Long-tailed Duck has some interesting departures from "normal" duck biology. 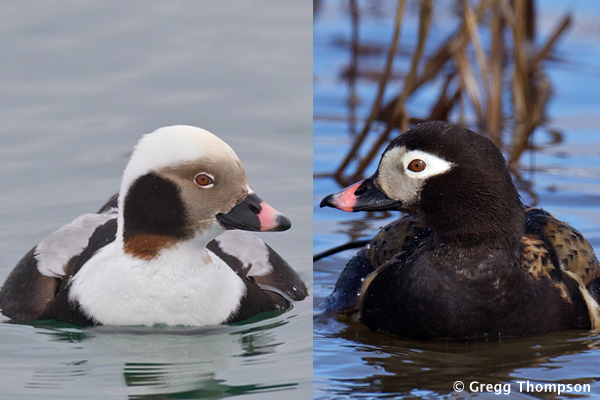 First, their plumage: Long-tailed Ducks change up their appearance by employing a distinctive molting pattern. Most ducks spend much of the year in their alternate (or less formally, their "breeding") plumage. Only a few weeks of the year will you find them in their more drab basic (or "winter") plumage, and that's usually just following the breeding season in the fall. Long-tailed Ducks, on the other hand, have a more complex transformation between three different plumages -- alternate, basic, and a supplemental plumage -- resulting in a look that changes continually, and dramatically, throughout the year.

Where can you see -- or hear -- one?  They live only in the Northern Hemisphere, on both the North American and European continents. But most of us in the continental US have a chance of seeing them only during migration and winter, and then primarily near the Northwest and Northeast coastal areas. Whether you are in range or not, be sure to check out the show, The Music of the Long-tailed Ducks, to learn what these fascinating ducks sound like.

* Cornell Lab of Ornithology, All About Birds, Long-tailed Duck account 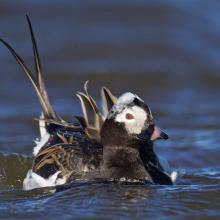 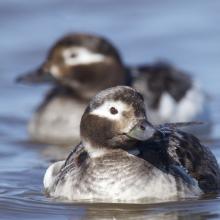 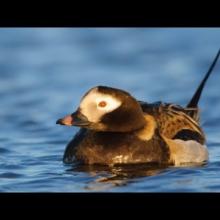 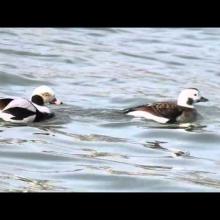