In April 2019, we teamed up with Victor Emanuel Nature Tours for a wonderful trip to the Texas Hill Country!

In a state brimming with natural history and cultural attractions, few regions of Texas hold greater allure than the famed Hill Country and surrounding area. 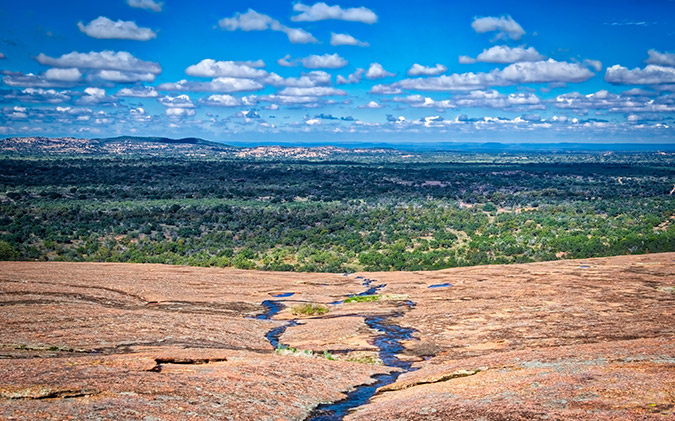 Late April is a marvelous time to be in Central Texas, with moderate temperatures prevailing and a landscape festooned in wildflowers. Shorebirds and wading birds are easy to find around area lakes and ponds, while a pageant of migrant hawks, flycatchers, swallows, vireos, and warblers is surging northward.

Diversity was a theme of this trip—diversity of natural history, landscapes, and culture. Several days were dedicated entirely to birdwatching and nature while other days included elements of history, culture, and sightseeing. 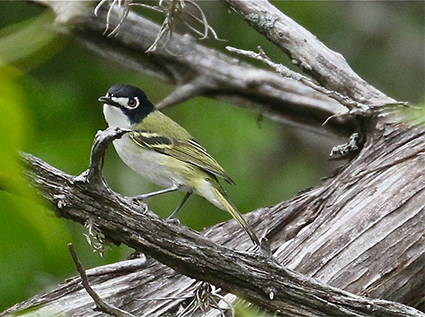 On the schedule were visits to Enchanted Rock State Natural Area and Mitchell Lake Audubon Center. One of our field trips was specially dedicated to finding the two most sought-after birds of the region: the endangered Golden-cheeked Warbler and the recently delisted but still vulnerable Black-capped Vireo. 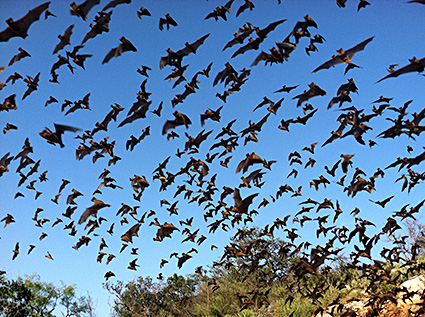 There was an excursion to the Frio Bat Cave to witness one of the continent’s greatest wildlife spectacles: the nightly emergence of nine million Brazilian (or Mexican) free-tailed bats.

On the cultural front, we spent an afternoon at the Lyndon B. Johnson Presidential Library in Austin, stopped at a native-seed wildflower farm followed by wine tasting at a Hill Country winery, explored Texas’s German-American heritage in attractive Fredericksburg, and had a grand finale trip to the Alamo in San Antonio.

A non-tax-deductible portion of the proceeds went toward the support of BirdNote’s programs.

Check out these BirdNote shows about the Texas Hill Country and some of the bird species found there:

A City Learns to Love Its Bats - Interview with Merlin Tuttle
Crested Caracara: Mexico's National Bird? Not Quite, but Close.
Mississippi Kites: Buoyant in Flight
The Painted Bunting: A Small Bird with a Big Presence
Scissor-tailed Flycatcher: Showing Off for the Ladies
Texas Hill Country Conservation