Male Palm Cockatoos keep the beat during courtship, creating tools to make music! Researchers with the Robert Heinsohn lab at the Australian National University documented that the wild "Palmies" in the population on Cape York Peninsula in far north Queensland engage in the unique behavior of using "...a modified stick or seedpod to strike a hollow tree limb repeatedly during their vocal and visual display," their drumming keeping a regular beat. 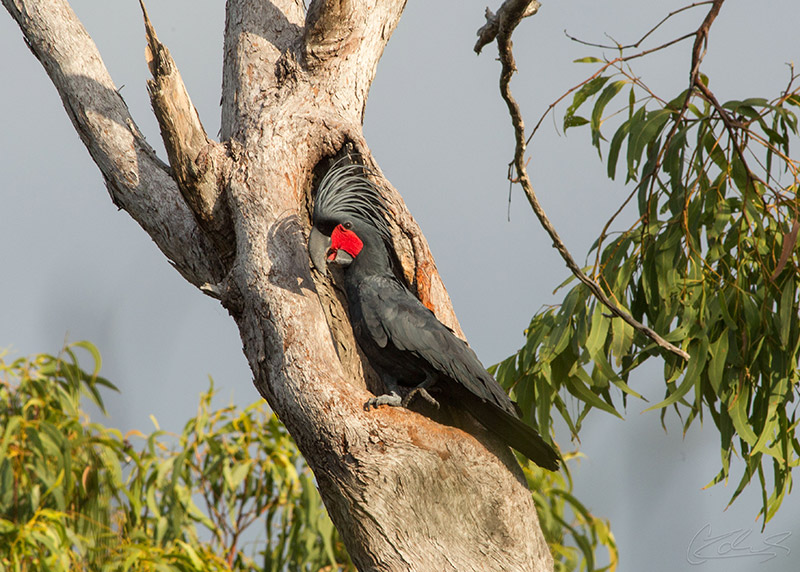 The male Palm Cockatoo breaks off a branch with his powerful beak before trimming it to use as a drumstick: 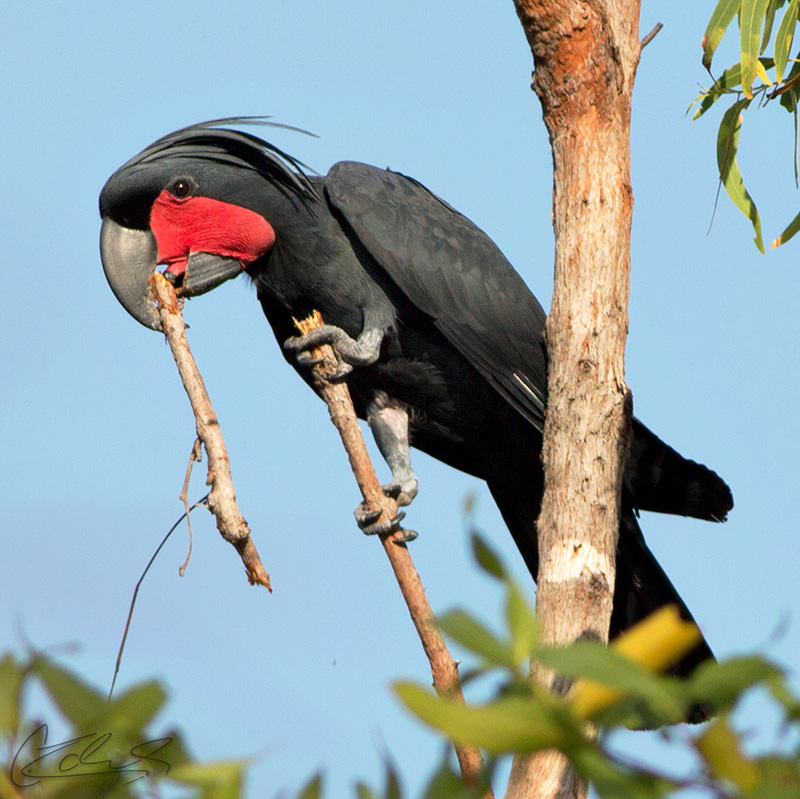 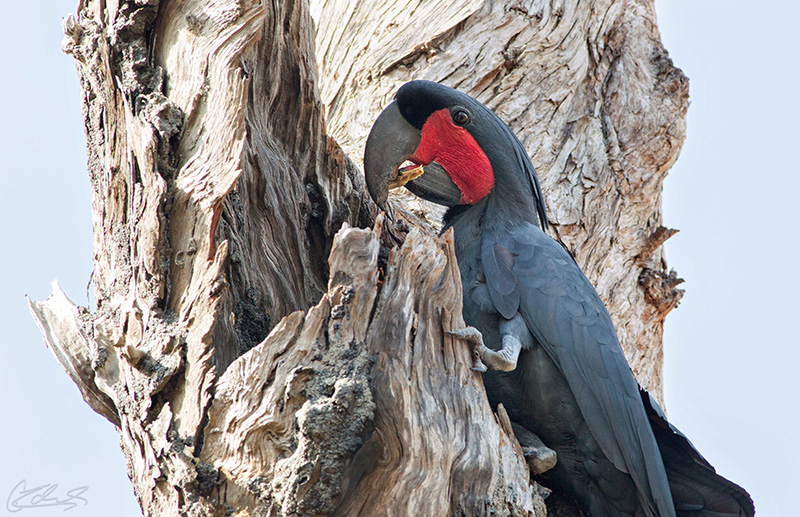 A pair of Palm Cockatoos at a nest hole: 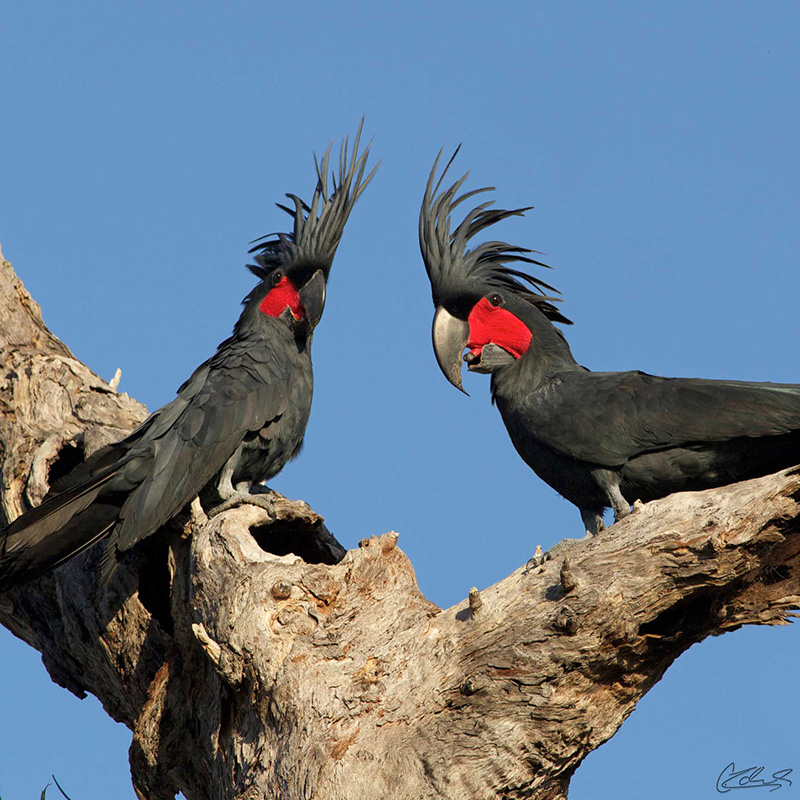 Check out this BirdNote show about the remarkable drumming Palm Cockatoos:

Palm Cockatoo Gets The Girl

All photos © Christina Zdenek and may not be used without permission.