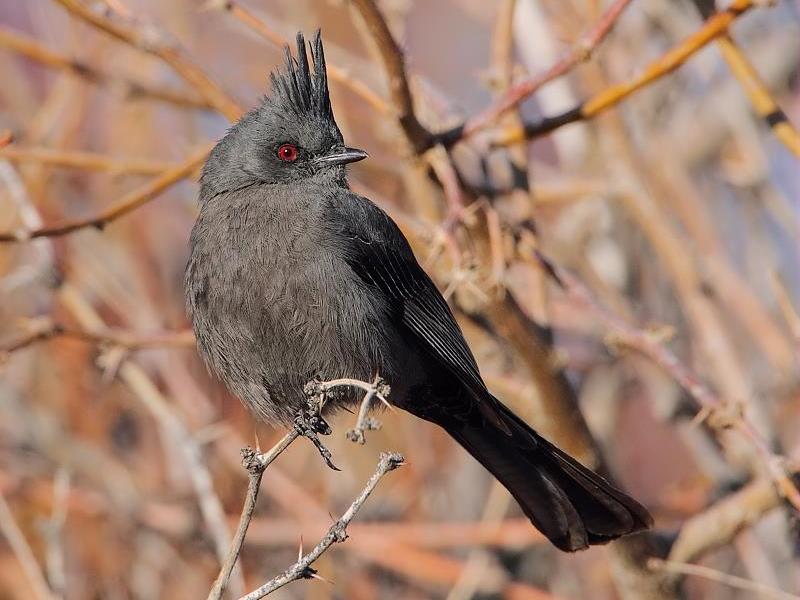 The Phainopepla(fay-noh-PEP-lah) is a species adapted to the deserts of the southwestern US. Unusual for North American songbirds, populations of Phainopeplas breed in two separate habitats at different times of year. You can find them in the Sonoran Desert from February to April, before they retreat from the heat to oak canyons farther west in May. Surprisingly, they are territorial in the desert, but –- just a month later –- nest in colonies in the oak forests. Phainopeplas rarely drink water, obtaining moisture from mistletoe berries -- eating no fewer than 1,100 a day!

While it may resemble the Northern Cardinal and the waxwings, it's actually a type of silky-flycatcher.

The female (pictured) is a dull brown but shares a piercing red eye with the male, the jet-black coloration of which gives the species its name (which means "shining robe" in Greek).

See a photo of a male Phainopepla.

Listen to BirdNote shows about surviving in the desert.