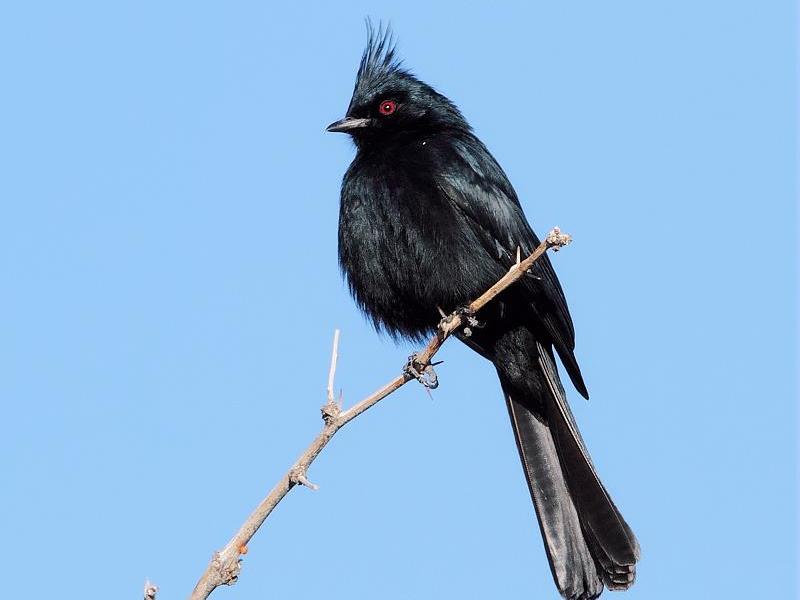 The Phainopepla ("fay-noh-PEP-lah") is a species adapted to the deserts of the southwestern U.S. Unusual for North American songbirds, populations of Phainopepla breed in two separate habitats at different times of year: in the Sonoran desert from February to April before retreating from the heat to oak canyons further west in May. Surprisingly, they are territorial in the desert, but--just a month later--colonial nesters in the oak forests. Phainopeplas rarely drinks water, attaining moisture from mistletoe berries--eating no fewer than 1,100 a day!

The jet-black coloration of the male Phainopepla gives the species its name (which means "shining robe" in Greek).

See a photo of a female Phainopepla.

Listen to BirdNote shows about surviving in the desert.