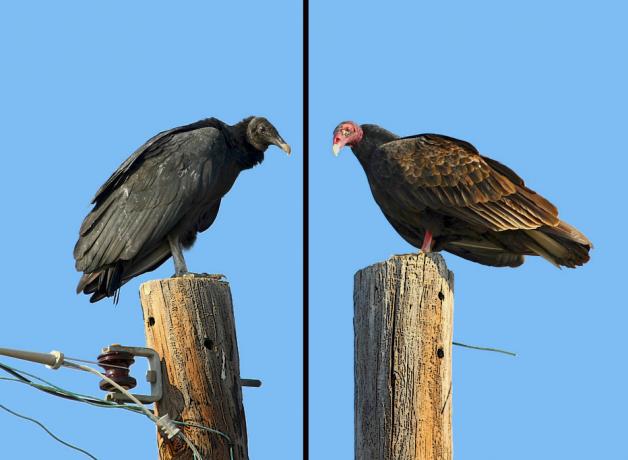 Celebrating International Vulture Awareness ... Veteran NPR reporter Alex Chadwick reflects on these amazing birds. In late summer 2014, Alex visited Big Bend National Park for BirdNote. During his trip, he got to know Black Vultures and Turkey Vultures — and some of the characteristics that inspired poet Robinson Jeffers to write about them. Funding for the series on Big Bend National Park comes from Deedie and Rusty Rose.
Support for BirdNote comes from Song Bird Coffee, offering bird-friendly organic shade-grown coffees for over 20 years. Learn more at birdnote.org/songbird.

Based on a piece by Alex Chadwick

This is BirdNote, and in case you didn’t know it, today is International Vulture Awareness Day. To mark the occasion, we’re revisiting Alex Chadwick’s reflections on this amazing bird. Alex visited Big Bend National Park in Texas last year, for BirdNote…[Thunder]

There are new world vultures and old world vultures; they inhabit every continent except Australia and Antarctica. They fill the branches of trees - and hold their wings open to the sun.

Vultures are scavengers. They often fly low, smelling for death, which they eat. Turkey Vultures are exquisitely sensitive to the scent of decaying flesh… a few parts per billion of air volume, and they’ll find it.

In the sky, though, they are aerial acrobats…big black wings held in a vee shape to catch thermal currents and glide. Some open their tip feathers and swoop up. They seem to wobble a little from side to side, and soar on. 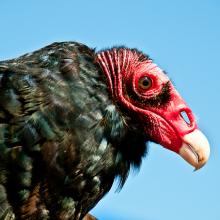 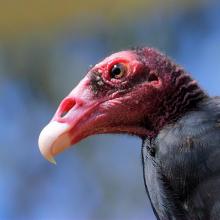 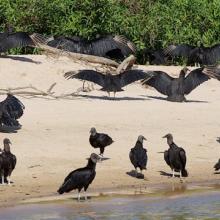 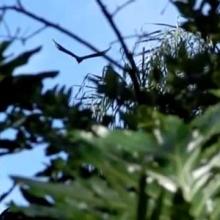 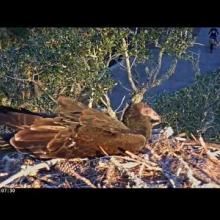