Why are female raptors bigger than their male counterparts? 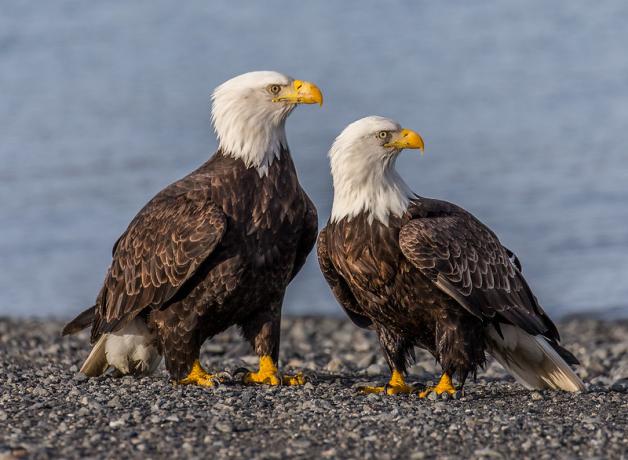 Each year when the salmon are running, eagles, hawks and Ospreys flock to riverbanks across the continental Northwest to feast. Seeing so many birds together makes it easier to pick out the subtle differences in birds of the same species.

For example, female raptors are often noticeably larger than males. A female Bald Eagle may weigh as much as 50% more than her mate.

In many bird species -- and mammals, too, for that matter --  it’s usually males that are bigger.

So...why are female raptors bigger than their male counterparts?

Scientists aren’t exactly sure. It may have to do with nest defense… or size advantage may help females better compete for food.

Or maybe it's the females, not the males, that compete for mates.

With many species of birds, plumage is often the easiest way to tell males from females. But if you see a group of raptors feasting on salmon by the river, use size as your first clue as to which are females and which are males.