Bird Brains in a New Light 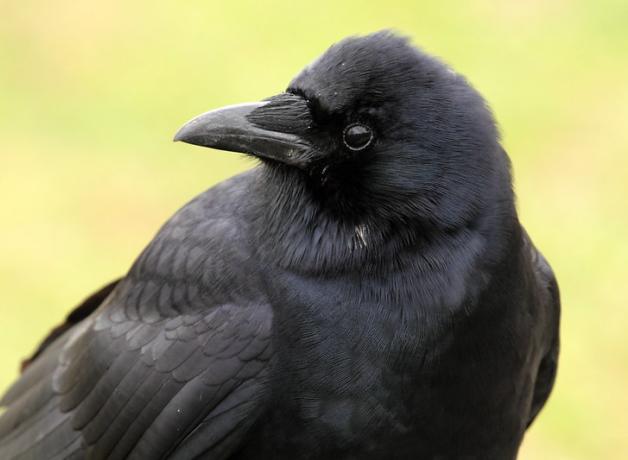 Many birds are remarkably clever. New findings help reveal how they can be so smart. In mammals, intelligence is seated in the neocortex, which has neurons arranged in layers and columns. Birds lack a neocortex and were thought to have a forebrain composed of simple clusters of neurons. Recent research indicates that a part of the bird forebrain, the dorsal ventricular ridge, has neurons layed out similarly to those in the mammalian neocortex.

Bird Brains in a New Light

It’s time to retire the insult “bird brain”. Many birds — especially jays, crows, and parrots — are remarkably clever, capable of problem-solving and even using simple tools. And in recent years, we’ve gained a better understanding of how they can be so smart.

In humans and other mammals, intelligence is seated in the neocortex, the large, rounded mass of neurons that gives our brains their distinctive shape. The neocortex is organized in vertical columns and horizontal layers of neurons. Birds lack a neocortex; their forebrains were thought to be entirely organized into simple clusters of neurons.

But when scientists took a closer look at a structure in birds’ brains called the dorsal ventricular ridge, they found similarities to the neocortex at the cellular level. Specialized microscopes revealed that the ridge has neurons in layers and columns — different circuitry from the rest of a bird’s brain and similar to the structures in the neocortex.

This physical basis for intelligence helps us understand birds and their behaviors, and it’s a good reason to stop using “bird brain” as a put-down.

Bird Brains Are Far More Humanlike Than Once ThoughtMeet the Bird Brainiacs: American Crow | AudubonWhy Birds Are Smarter Than You Think | UChicago Medicine