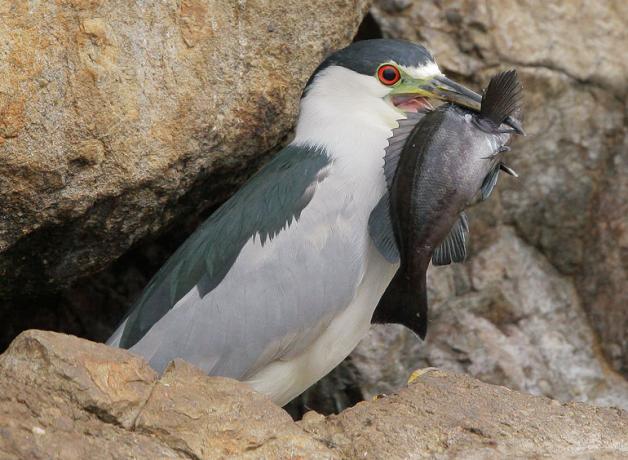 The sight of herons standing in a marsh, stabbing at prey in the shallows, is familiar in many places. But a few heron species shun the daylight to hunt their prey by night. One of these nocturnal specialists, the Black-crowned Night-Heron, is found across much of the US. [Black-crowned Night-Heron calls; http://macaulaylibrary.org/audio/136200; 0.09-12]

It also inhabits all the continents except Australia and Antarctica. It’s even found in island groups as remote as Hawaii, making the Black-crowned Night-Heron the most widespread heron on earth.

Such a far-flung range suggests highly successful adaptation. Feeding at night, Black-crowned Night-Herons are freed from competing with the more numerous day-hunting herons. They are also very opportunistic feeders. While fish are often primary prey, the herons will consume everything from earthworms to clams to eggs of nesting birds and refuse at landfills. They also have a flexibly long breeding season, which may enable them to thrive across such a broad geographic range. [Black-crowned Night-Heron calls; http://macaulaylibrary.org/audio/136200; 0.09-12]

Since they are high on the food chain, found over much of the world, and nest in colonies, Black-crowned Night-Herons can tell us a great deal about the health — or contamination — of our environment. 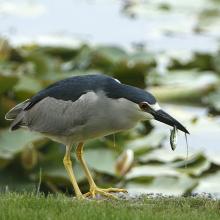 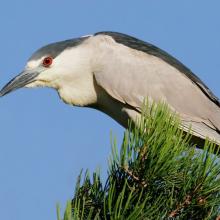