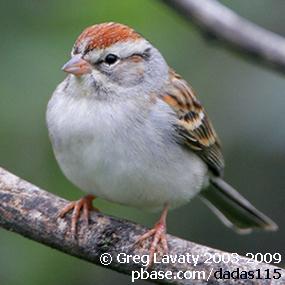 The begging calls of male baby Chipping Sparrows mix into what is known as "subsong," a sort of infant babbling. And, very quickly, subsong begins to change to imitations of adult songs. Next spring, when the young male returns for its first breeding season, it will settle in near an older male. Soon it drops all but one of the precursor songs - the one most like the older male's song - and in a few days nearly matches its neighbor note for note.

Support for BirdNote comes from Forterra, saving keystones places for people and nature in the Pacific Northwest.

2007: Liu Wan-Chun; Nottebohm Fernando
A learning program that ensures prompt and versatile vocal imitation.
Proceedings of the National Academy of Sciences of the United States of America 2007;104(51):20398-403. 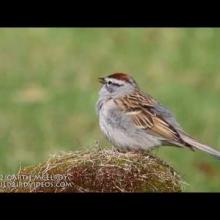