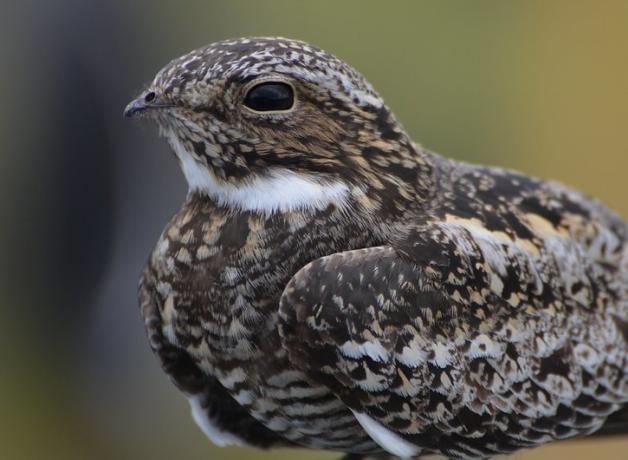 Swooping and diving through the air on its long slender wings, the Common Nighthawk emerges at dusk to chase down aerial insects. Nighthawks have short bills that open wide, so they can vacuum up their insect prey as they fly along.

[Flight calls of the Common Nighthawk]

The flight call of the Common Nighthawk vividly evokes a warm summer evening.

Swooping and diving through the air on its long slender wings, the nighthawk emerges at dusk to chase down aerial insects. It jerks and twists, making sudden, choppy shifts of direction to snatch its prey.

But the Common Nighthawk is not really a hawk at all. It’s more closely related to the nocturnal nightjars, such as the Whip-poor-wills of eastern North America. Nighthawks and nightjars have short bills that open wide, so they can vacuum up their insect prey as they fly along.

Common Nighthawks travel to North America in spring from Brazil and other South American countries, where they spend the winter.

They’re about the size of a robin, but have much longer wings that stretch out - like two dark boomerangs - propelling their erratic flight. Watch for Common Nighthawks overhead, just after sunset.

With any luck, you might see the male’s territorial display, as it dives sharply toward the earth only to pull up at the last second - making this amazing sound.

That’s the wind rushing through the male nighthawk’s wingfeathers. This acrobatic nighthawk really knows how to impress his potential mate. 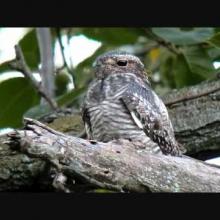