A captivating chorus of bird sound 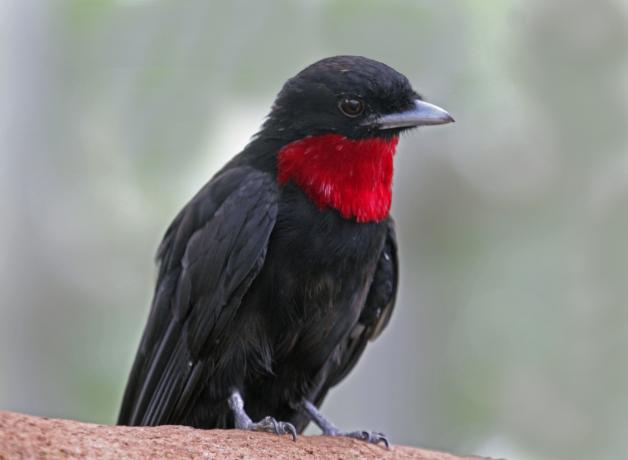 On a winter morning in Costa Rica, a colorful choir welcomes the day. A pair of Bay Wrens sings a brisk duet just before sunrise. Perched in the upper canopy of the tropical lowland forest, a group of Keel-billed Toucans calls out. In a nearby tree, Purple-throated Fruitcrows (like this one) add their voices to the chorus. Then a male Montezuma Oropendola belts out an electrifying series of notes — one of the most distinctive voices in the tropics. Finally, a Bright-rumped Attila calls from its perch.

On a winter morning in Costa Rica, a pair of Bay Wrens sings a brisk duet just before sunrise. Though the Bay Wrens stay well hidden in the underbrush, they have all the decibels they need to make themselves known. [Bay Wren song duet, https://soundcloud.com/encyclopedia-of-life/baywren]

A breeze wafts in off the Caribbean Sea, less than a mile away, across the tropical lowland forest, fluttering the leaves of a tall giant fig tree hung with flowering bromeliads. Perched in the upper canopy, a small group of Keel-billed Toucans calls out. [Keel-billed Toucan calls ]

Their comically large bills are painted in lime green, turquoise, orange, and magenta. In a nearby tree, Purple-throated Fruitcrows add their voices to the sunrise chorus. [http://macaulaylibrary.org/audio/187913]&nbsp;

The male fruitcrows are jet-black with reddish-purple throats. Alongside the fruitcrows, a huge oriole-like bird pivots upside down and belts out an electrifying series of notes: [http://macaulaylibrary.org/audio/127299]&nbsp;

It’s a male Montezuma Oropendola, with one of the most distinctive voices in the tropics. [http://macaulaylibrary.org/audio/127299]

Finally, a Bright-rumped Attila calls from its perch hidden deep in the canopy. [http://macaulaylibrary.org/audio/113384]&nbsp;

The Attila will repeat its maniacal phrases until well after sunrise, reminding us again and again that it’s morning in Costa Rica.