A Crow That Makes Tools 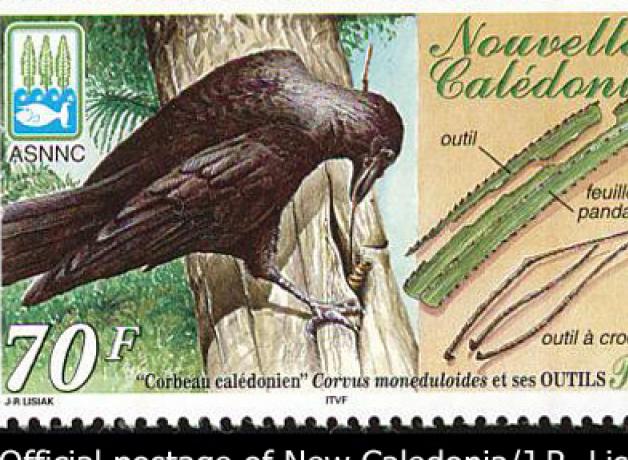 A crow named Betty learned how to take a straight piece of wire and bend one end into a hook. She then used the hooked end to haul a tiny bucket of meat from the bottom of a long tube. A postage stamp was issued in honor of this New Caledonian Crow. Watch a video of Betty - we've provided a link below. Other crows solved even more complex problems!

Have you seen a bird do something clever? Drop a line to us!

A Crow That Makes Tools

[Someone hammering and sawing]

When it comes to making and using tools, we humans are the experts. [Chimpanzee calls] Chimpanzees sometimes employ simple tools, too, like sticks for probing for food.

But it appears that chimpanzees may share second place with the New Caledonian Crow! These birds are known for using twig-like implements to feed themselves. Their "utensils" include special probes the birds clip from plant leaves with their beaks.

A few years ago, scientists were astonished to see what a crow they’d named Betty could do with simple pieces of wire. Taking a straight piece of wire, Betty quickly bent one end into a hook and then used the hooked end to haul up a tiny bucket of meat from the bottom of a long tube. And it was no accident: Tested again, the clever crow repeatedly bent wires into hooks, using varied techniques.

But now, there's more. According to Phys.Org.com, New Zealand scientists studying New Caledonian crows have found they can "use three different tools in succession to gain a food treat." Almost stranger still, one bird spent nearly two full minutes simply studying the problem – and then completed the task the first time, without error.

Gifts of the Crow: How Perception, Emotion, and Thought Allow Smart Birds to Behave Like Humans, by John Marzluff and Tony Angell, Free Press, 2012.

Catch the latest news on ScienceDaily.comWild crows make and use tools, too!Betty Makes a Tool - Watch the VideoThere's this from Phys.org...Here's more - Check out the videos!More About the New Caledonian Crow Send Us Your Story 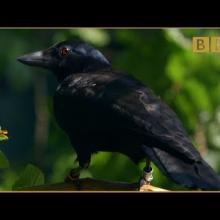