One of the magical gifts of spring! 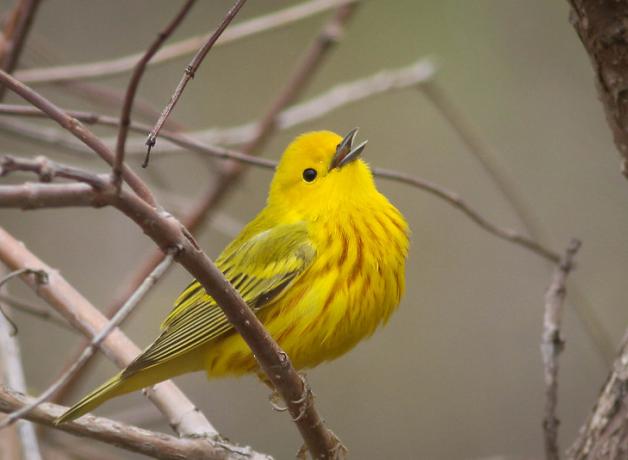 Emily Dickinson: "The Birds begun at Four o'clock..." As the first rays of sunlight fill the trees on a spring morning, a symphony of birdsong erupts. As early morning light extinguishes the stars, male birds begin to belt out their songs. One of the magical gifts of spring is the dawn song. Early in the morning, sparrows, chickadees, thrushes, finches, wrens, blackbirds, and warblers - like this Yellow Warbler - all sing at once.

Today’s show is made possible by donors to BirdNote, who believe that a good story can inspire everyone to care about birds.

This is BirdNote! [Mixture of birds calling at dawn]

One of the magical gifts of spring is to hear the dawn song. As early morning light extinguishes the stars, as the first rays of sunlight fill the trees, male birds begin to pour out their songs. Warblers… , sparrows…, chickadees…, thrushes…, finches…, wrens…, blackbirds… [Repeat dawn song, building to a full boisterous sound]

While the awe and majesty of this symphony at dawn are hard to convey, poet Emily Dickinson, described it this way:

The birds begun at four o’clock—
Their period for dawn—
A music numerous as space
And measureless as noon.

I could not count their force,
Their voices did expend
As brook by brook bestows itself
To magnify the pond.

Their witnesses were not,
Except occasional man
In homely industry arrayed
To overtake the morn.

Nor was it for applause
That I could ascertain,
But independent ecstasy
Of Deity and Men. [More dawn song] 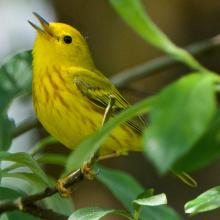 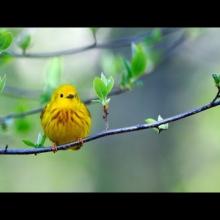 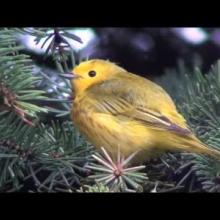