Drinking on the Wing

For swallows and swifts, it looks like showing off 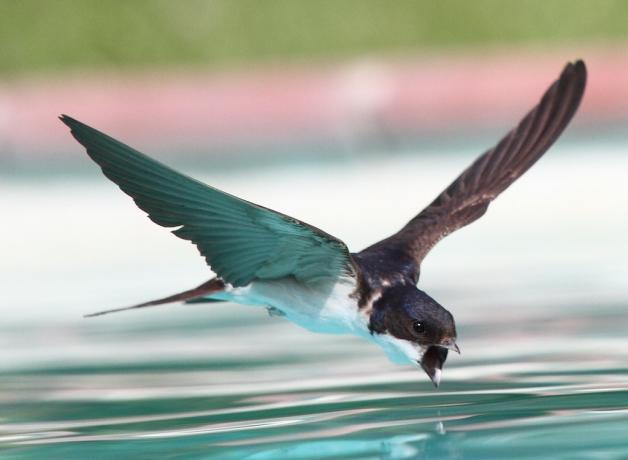 Many birds drink while standing — dipping their beaks into a pond or birdbath, taking a beakful, and then tossing their heads back to swallow the water. But drinking on the wing suits swallows best. They walk awkwardly on the ground, and their long wings are cumbersome. So it’s far more efficient to grab a drink on the glide. This adaptation holds true for some other birds, too, including Common Nighthawks and swifts. Swifts have such short legs that they never land on the ground — so a sip on the wing is essential.
Support for BirdNote comes from Audubon Park Wild Bird Food, welcoming the return of songbirds with full feeders. Spring bird-feeding tips at audubonpark.com.

Drinking on the Wing