Female Condors Have Offspring Without Males 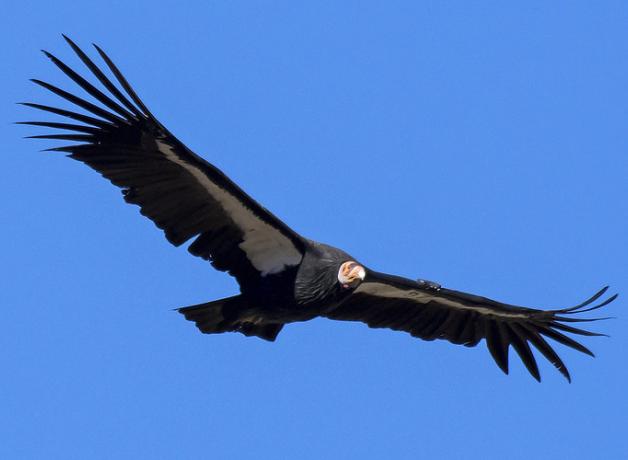 A captive breeding program has helped set California Condors on the path to recovery. But when biologists reviewed the family tree for the breeding program, they found a big surprise. Two chicks had DNA that linked them perfectly to their mothers but didn’t match a single male. They arose through parthenogenesis, developing from unfertilized eggs without sperm from a male. These condors are the first known case of parthenogenesis in a wild bird species where the females had access to fertile males.

Female Condors Have Offspring Without Males

California Condors are critically endangered. In 1982, there were only 22 left. Fortunately, a captive breeding program set the species on the path to recovery, and hundreds of wild condors now soar throughout the southwest U.S.

But when biologists reviewed the family tree of the condor breeding program, they uncovered a big surprise.

The scientists found two chicks with DNA that linked them perfectly to their mothers but didn’t match a single male in the system. The chicks had two identical copies for every gene tested. Normally, a chick has one gene copy from the mother and one from the father.

This means the chicks arose from egg cells never fertilized by sperm from a male – even though their mothers were housed with fertile males. You could say it’s an immaculate condor-ception.

[California Condor call, ML 163901]
This phenomenon is called parthenogenesis [PAR-then-oh-JEN-eh-sis]. It’s typical in some reptiles and occasionally seen in domesticated chickens and turkeys when they lack access to mates. But these condors are the first case of parthenogenesis in a wild bird species where the females had access to fertile males.

For condors, which nearly went extinct, the ability to have chicks without a mate could be a handy survival skill. 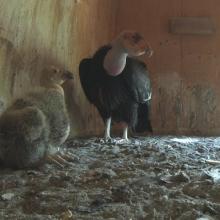 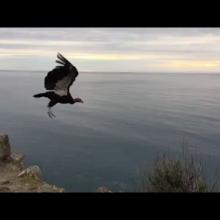