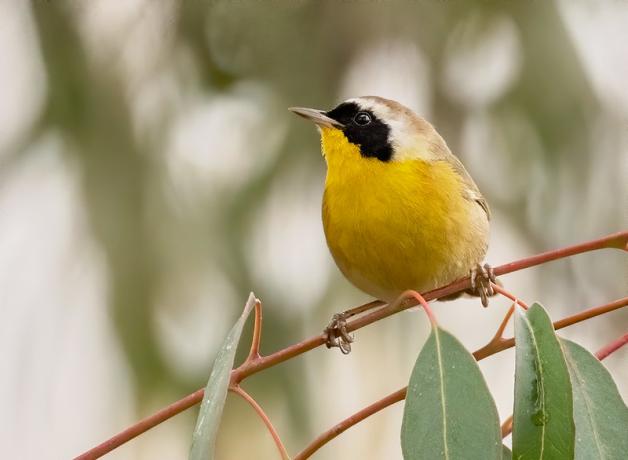 When science educator Chidi Page began teaching her students how to identify birds, she wanted a way to engage kids and help them learn quickly. Unable to find one for sale, Chidi decided to make her own game. Similar to the game “Guess Who,” players ask questions about what the game’s characters look like, such as “Does your bird have a crest?” or “Does it have an eye ring?” Chidi named the game “Which Is It,” a phrase that sounded like an inquisitive bird call.

When science educator Chidi Page began teaching her students how to identify birds, she wanted a way to engage kids and help them learn quickly. She looked for bird related games, but only found bird bingo and some flashcards. So Chidi decided to make her own game.

Chidi Paige: A modification of the game "Guess Who."

Mark Bramhill: You know, the game where you and your opponent each have a bunch of pictures of faces, and you're trying to deduce which character they've been assigned by asking yes or no questions, like "Are they wearing glasses?" and using the process of elimination.

Chidi Paige: So in our case, I swapped it up with birds. They started asking questions like, does your bird have a crest?
[Blue Jay call, ML 43998451]
Does it have a blue head?
[Blue Grosbeak song, ML 94465]
Does it have an eye ring?
[Hermit Thrush song, ML 136174]
Does it have a mask?
[Common Yellowthroat song, ML 32206081]
And so playing that game just started opening their eyes to specific features that each bird species has.

Mark Bramhill: “Which Is It?” was only for her students — but they loved it! And this inspired Chidi to make more bird-games. Birdwiser Eggzibits is a bird-identification card game, kind of similar to UNO. And she's working on a board game about migration as well. With these games, Chidi hopes she can make learning about birds fun and exciting for kids.

You can find more about Chidi's games on our website, BirdNote.org. I'm Mark Bramhill.