The largest of all known owls hunted on foot 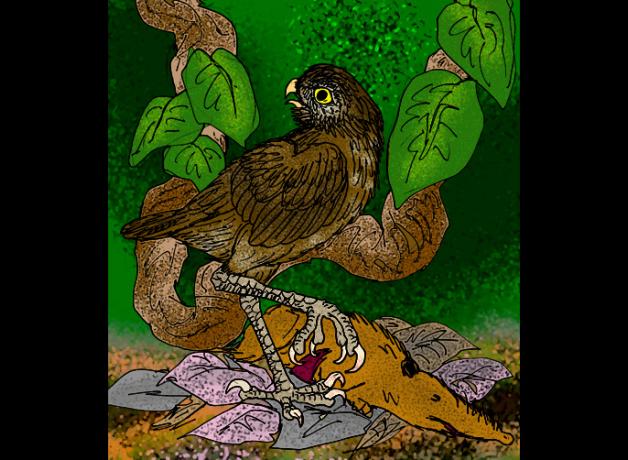 The Cuban Giant Owl, now extinct, was 3½ feet tall and weighed 20 pounds — the largest of all known owls. It had very small wings, running after its prey on long, powerful legs. Similar large owls, with long legs and small wings, have been unearthed in places as disparate as Georgia and Hawaii. Very little is known about why giant owls died out.

The Giant Owls of Cuba

Giant owls once walked the earth. As recently as 10,000 years ago, these owls, now extinct, were among the largest of all known owls, standing 3½ feet tall and weighing 20 pounds. They thrived among the top predators on the island of Cuba.

But the wings of the Cuban Giant Owl were surprisingly small. They may have powered the bird up to low perches, but scientists think it hunted primarily on foot. Running on long, powerful legs equipped with large talons, the bird ambushed or chased down its prey.

The owls appear to have evolved their remarkable size and ground-dwelling habits at a time when Cuba had no large carnivorous mammals to compete with. Very little is known about why they died out.

Fossils of similar owls—with long legs and small wings—have been unearthed in places as disparate as Hawaii and Georgia, pointing to large terrestrial owls as a widespread, successful adaptation.

But from any angle, the Cuban Giant Owl was a behemoth among owls, an example of evolution pushed to the extreme.

Learn more at the American Museum of Natural History