How the Turkey Got Its Name

a case of mistaken identity and imprecise geography 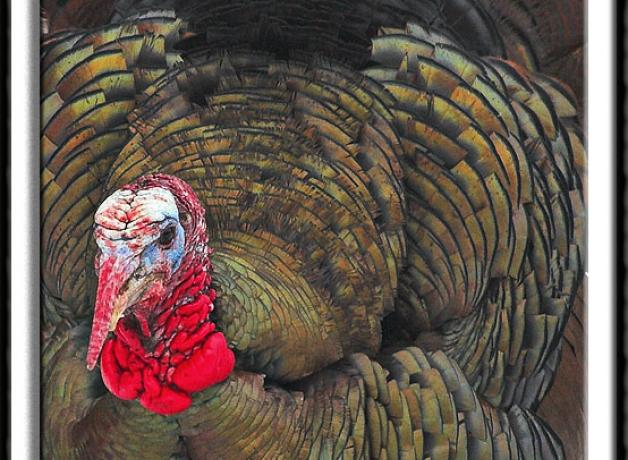 How the Turkey Got Its Name

This is BirdNote!
[Wild Turkey gobbling]
Nothing signifies Thanksgiving like a turkey roasting in the oven. The savory aroma wafting through the house. A misty image of Pilgrims dining with Wampanoag (pronounced wom-puh-NO-eg) Indians in 1621. [An exclamation of pleasure, like “aaah”]
But did you ever wonder how our holiday bird, an oversized cousin of the dainty quail, wound up with its peculiar name? [Wild Turkey gobbling]
It’s a tale of mistaken identity and imprecise geography.
Turkeys are native to the New World, including the New England of the Pilgrims’ first Thanksgiving. Turkeys were also domesticated in Mexico, long before Europeans set foot there. After early European explorers colonized Mexico, they took some of the tamed turkeys home with them.
But when the bird we today call the “turkey” arrived in England in the 1500s, people got them mixed up with another big bird, the guineafowl. [Sound of Helmeted Guineafowl] Since guineafowl were thought to come from Turkey, both it and the New World bird came to bear the name “turkey.” As it turns out, guineafowl are actually from Africa, so neither bird really deserved the name “turkey.”
If you think you’re confused, consider the poor Pilgrims’ dismay. They arrived in America only to find it populated with large birds from Turkey. [Wild Turkey gobbling]
For BirdNote, I’m Frank Corrado.
### 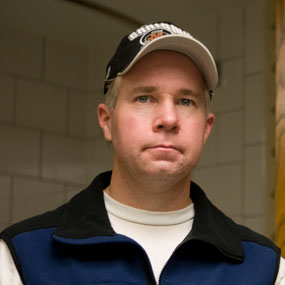 Learn more about the Wild Turkey at All About Birds