She has been nesting on tiny Midway Island for decades 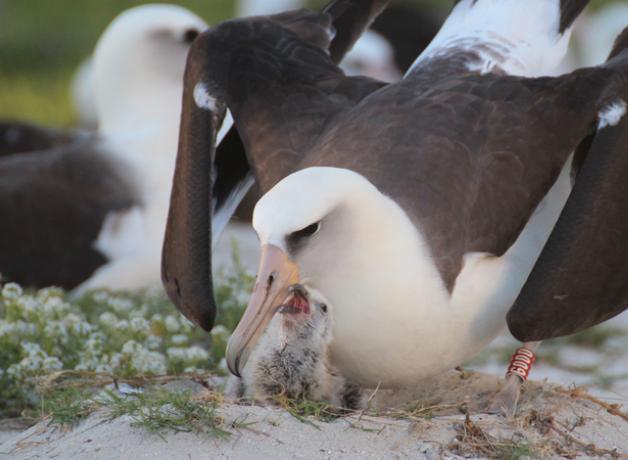 A Laysan Albatross named Wisdom has been nesting and raising chicks on the island of Midway for nearly 60 years. She was banded back in 1956 and was rediscovered, still alive and healthy, in 2002. Since that time, scientists have watched Wisdom closely. Every year, she and her mate, Akeakamai, have managed to navigate the many perils facing their species and successfully raise a  chick.  And in February 2021, the pair hatched another chick!

In 1956, pioneering bird biologist Chandler Robbins was fastening ID bands to the legs of Laysan Albatrosses. His work took place on tiny Midway Island way out in the Pacific Ocean, where roughly one million Laysan albatrosses nest each year.

Little did Robbins suspect he would re-find, in 2002, one of the same females he had banded 46 years earlier! In honor of her unprecedented history, another researcher named the long-lived albatross “Wisdom.”

Since then, scientists have been checking in on Wisdom. And each year she has not only nested but laid eggs and raised chicks successfully! She’s set records for endurance and longevity — as well as fertility — for her species.

And it must not have been easy for her, with all the plastic rubbish, fishing lines, and nets that plague these elegant seabirds.

At nearly 70, Wisdom is the oldest known banded bird in the wild.

It’s not known with certainty how many years an albatross might live. One thing we do know for certain: Wisdom has fans all over the world, rooting for her to return to Midway this November.

Bird sounds provided by The Macaulay Library of Natural Sounds at the Cornell Lab of Ornithology, Ithaca, New York. And by the Xeno-canto Foundation. Recorded by: XC178538 David M.; ML959 E Booth.

Learn more about Wisdom and the latest chick at FWS.govWisdom, The Laysan AlbatrossMore about the Laysan Albatross at All About BirdsRead writer Rick Wright's tribute to Chandler Robbins"Chan" Robbins (1918–2017) - a conservation titan 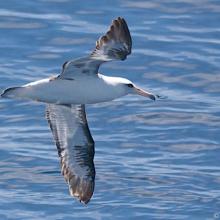 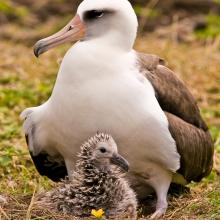 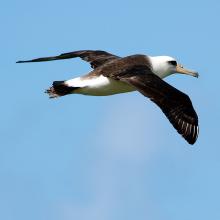 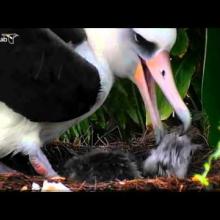 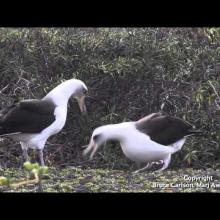 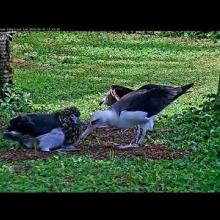