The Longest Day of the Year 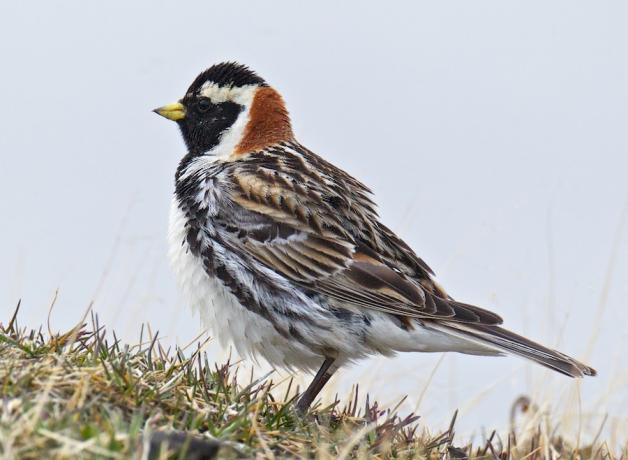 On the summer solstice, birds nesting near Juneau, Alaska take advantage of almost 18 1/2 hours between sunrise and sunset. This day in south Texas is considerably shorter, so the Altamira Oriole has only 14 hours to sing. Seattle's Song Sparrows see 16 hours of daylight; Sacramento's only 15. Birds nesting north of the Arctic Circle have six weeks with almost 24 hours of daylight every day. So this Lapland Longspur has a work-day that's about as long as it gets.

BirdNote®
The Longest Day of the Year
Written by Bob Sundstrom
This is BirdNote!
[A bit of “Summertime, and the living is easy . . .”]
Today is the longest day of the year here in the Northern Hemisphere. We call it the summer solstice, when the sun reaches its northern-most point in the sky.
These long days come as a boon to birds nesting in the far north. Their nesting season is short, but they have many hours of daylight in which to find food for their young. Today, birds nesting near Juneau, Alaska — like this Greater Yellowlegs [Greater Yellowlegs precopulatory song] — take advantage of almost 18½ hours between sunrise and sunset.
This day in south Texas, however, is considerably shorter, so this Altamira Oriole has only 14 hours to sing [Altamira Oriole song].  Seattle’s Song Sparrows see 16 hours of daylight; Sacramento’s only 15. [Song Sparrow song]
Birds north of the Arctic Circle have but six weeks to nest, but — as Christopher Leahy points out in The Birdwatcher’s Companion — they can “forage in daylight for nearly 24 hours during much of June and July.” So while the song of this Lapland Longspur near Barrow, Alaska might sound relaxed [Lapland Longspur song], his workday is about as long as it gets. [Lapland Longspur song]
You’ll find a photo of a Lapland Longspur — and all the birds we feature on the show — on our website, BirdNote.org. [Go out with Summertime…]
###
Bird audio provided by The Macaulay Library at the Cornell Lab of Ornithology, Ithaca, New York.  Altamira Oriole [105591] and Song Sparrow songs [44866] recorded by G.A. Keller.  Greater Yellowlegs [63710] song recorded by L. Oring.
Lapland Longspur song recorded and provided by M. Stewart, Naturesound.org
Arctic tundra ambient recorded and provided by M. Stewart, Naturesound.org
“Summertime” from Porgy & Bess, featuring Ella Fitzgerald and Louis Armstrong. Verve Records: 1956.
Producer: John Kessler
Executive Producer: Chris Peterson
© 2015 Tune In to Nature.org        June 2018Narrator: Michael Stein
ID# 2008-06-20-sumsolstice-01-KPLU    sumsolstice-01b
Arctic foraging quotation from: Leahy, Christopher W. The Birdwatcher’s Companion to North American Wildlife. Princeton: Princeton University Press, 2004, 26. 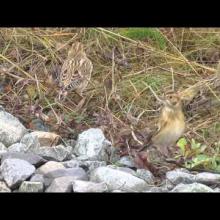 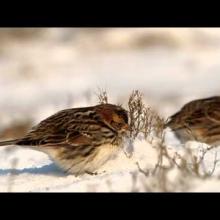