Message of the Mourning Dove 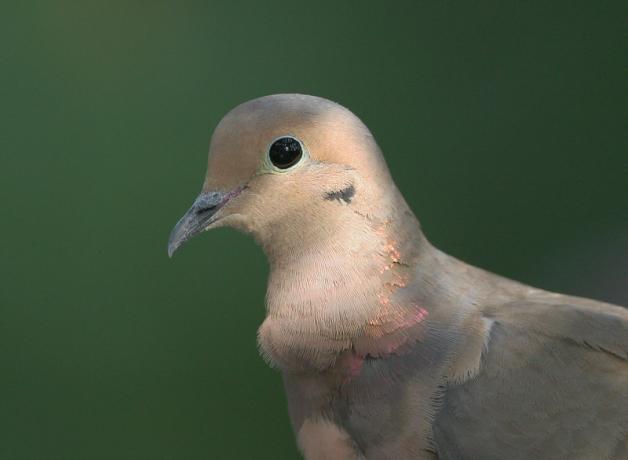 The Mourning Dove was named for the male's gentle voice, which may sound forlorn. Mourning Doves are common in suburban environments and along roadsides, adapting well to human habitation. On a warm, lazy, summer afternoon, the dove's voice seems to speak more of serenity than sadness, and of a familiar, peaceful connection to nature.

Want to make a gift to BirdNote? Begin here. Thanks!

Message of the Mourning Dove

The Mourning Dove was named for the male’s gentle voice. The dove’s mellow cooing, to us, may sound forlorn.

But seeing a Mourning Dove evokes anything but sadness. An elegant, slender bird about the size of a robin, the dove is dressed in deerskin brown, dappled on the wings with a few black beauty marks. The male’s breast shimmers with iridescent pink, a fine complement to its bright pink feet – hardly a doleful image. And as the Mourning Dove walks across the lawn, we see that his long tail tapers to a fine point, a jaunty avian swordsman trailing his blade.

Found in open habitats, along the forest edge and in suburbs, these handsome doves are a familiar sight – and sound – throughout much of North America.

On a warm, lazy summer afternoon, the Mourning Dove’s voice seems to speak more of serenity than sadness and of a familiar, peaceful connection to nature.

Listeners support BirdNote. If you’re one of them, "Thank you!" You make these shows possible.

Sign up for Weekly Preview emailLike to make a gift to BirdNote? Begin here. Thanks!Mourning Dove - More at All About Birds 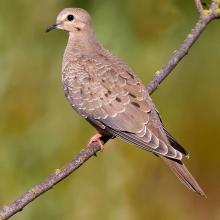 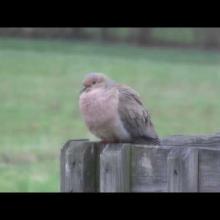 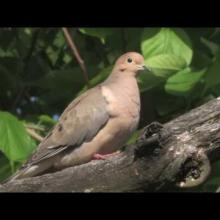 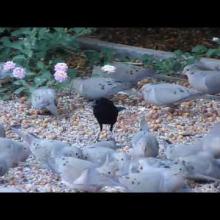