It sounds like an American Crow with a cold! 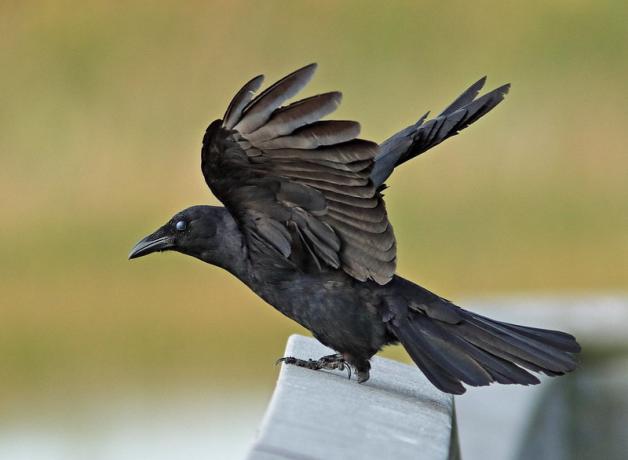 The harsh caws of American Crows are one of the most familiar bird calls in North America. Fish Crows sometimes join flocks of American Crows as they forage for food. The two crow species look similar, but have a distinct call that sounds a bit like an American Crow with a stuffy nose. The Fish Crow is found in much of the eastern U.S. and is spreading to new areas north and west to breed.

The harsh caws of American Crows are one of the most familiar bird calls in North America. But a few crows in this flock sound like they’ve got stuffy noses!

The birds aren’t under the weather, of course. They’re Fish Crows, a different species from the more widespread American Crow.

Fish Crows are a little smaller than American Crows; otherwise they look very similar. But their voices are distinctive. The American Crow’s hoarse caws:

and the nasally calls of the Fish Crow:

While they do love seafood, Fish Crows aren’t limited to coastal areas. They’re found in much of the eastern U.S., and the species seems to be spreading to new areas north and west to breed.

In winter, Fish Crows join flocks of American Crows looking for food in cities and landfills, where they’ll sometimes squabble for a tasty morsel with a fellow scavenger like a raccoon or a gull.

So if you hear a bird in your neighborhood that sounds like it could use some cold medicine, keep an eye out for Fish Crows.

Fish Crow - More at All About BirdsBirdist Rule #65: How to Tell the Difference Between Crows | AudubonFish Crow ID | Cornell Lab of Ornithology 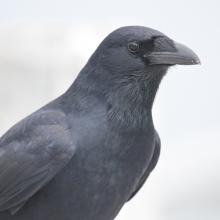