Birdsong is returning along the hiking trails! 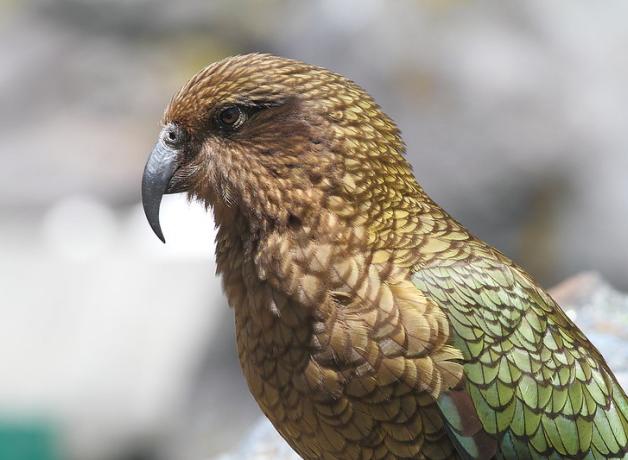 Ranger Evan Smith of New Zealand’s Fiordland National Park is, according to one visitor, “a bit of a legend.” Since 2011, Ranger Smith has raised money to help protect native birds from stoats, a kind of weasel introduced from Europe.  When he began working on the Routeburn Track hiking trail 20 years ago, he didn’t see or hear many birds. His nightly “hut talks” has helped the project raise $200,000 for stoat control. And summer by summer, the park sees more bird life along the trails.

Every night during hiking season at Lake Mackenzie Hut in Fiordland National Park, New Zealand park ranger Evan Smith dusts off a taxidermied stoat, which is a kind of weasel, and starts his nightly hut talk.

Evan Smith: These chaps here are very good climbers, just like the rat, they can climb to the very top of our trees.

Ranger Smith is, according to one visitor, “a bit of a legend.” Hikers in the hut’s common room groan with shock as he describes the stoat’s skill for snatching up baby birds.

New Zealand is home to many unique birds, from the endangered Kea, a species of alpine parrot —

— to the tiny, delicate Rifleman, the smallest native bird in the country.

But when Ranger Smith began working on the Routeburn Track hiking trail 20 years ago, he didn’t see or hear many birds. Instead, there were possums, rats, and yes, the stoat. The stoat was initially brought to New Zealand in the 1880s to reduce an overpopulation of rabbits introduced by the Europeans.

Evan Smith: Unfortunately, those predators quickly learned that our birds were much easier caught, because they had no idea what these animals were.

Since 2011, Ranger Smith has raised money during his nightly talks to install predator traps on the trail. The Routeburn Project has raised over $200,000. And summer by summer, it’s beginning to make a real impact.

Evan Smith: Not only can I see more bird life on the Routeburn Track and around Mackenzie Hut, but you can now hear more birdsong. And I just absolutely enjoy seeing the bird life back. 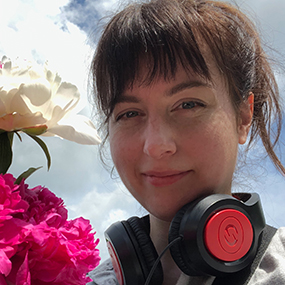 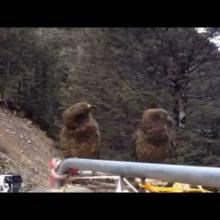 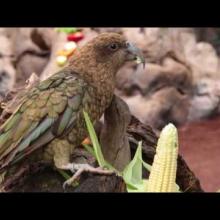 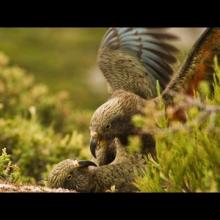