How a photographer fell in love with grassland birds. 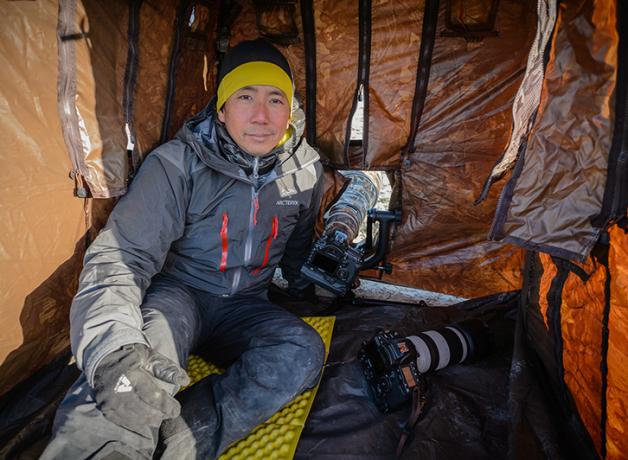 Growing up in Thailand, Noppadol Paothong loved the outdoors, and began learning about cameras at just eight or nine years old. He came to the U.S. to study graphic design, but the woman who’s now his wife encouraged him to pursue photography instead. While working at a daily newspaper, he took his first photos of Greater Prairie-Chickens. He’s now a staff photographer for the Missouri Department of Conservation and has produced two books about species of grouse that depend on grasslands.

Growing up in Thailand, Noppadol Paothong loved the outdoors.

Noppadol Paothong: I started very young. I made a lot of observations of birds and insects. At 8 or 9 years old, I started to get really interested in cameras and how pictures turn out from the film.

He came to the U.S. to study graphic design, thinking that made the most sense for his career. But the woman who’s now his wife suggested he reconsider.

Noppadol Paothong: She told me, you know, you are okay with graphic design skills, but you are an excellent photographer. Why don’t you do something with it? I said, what can I do with it? She said, I don’t know, maybe you can enroll into a journalism program. And that’s what I did, and that was the best advice, because right away they recognized my skill.

While he was working at a daily newspaper in Joplin, Missouri, his editor gave him an unusual assignment: go and take photographs of birds called prairie chickens doing their courtship dance at dawn.

Noppadol Paothong: I still remember to this day, that was in 2001, just sitting in the photoblind and all of a sudden you hear this booming sound, and I didn’t know what it was, and then you can kind of watch this shadowy figure in the dark dancing and making all sorts of sounds. And I was completely hooked. Just like, this is the neatest thing.

Now a staff photographer for the Missouri Department of Conservation, Noppadol has produced two books of photography on species of grouse that live in grasslands and the threats they face from habitat loss.

Noppadol Paothong: I believe photography is the most powerful tool to raise awareness and move people emotionally.