The Peacock's Tail: More Than Meets the Eye 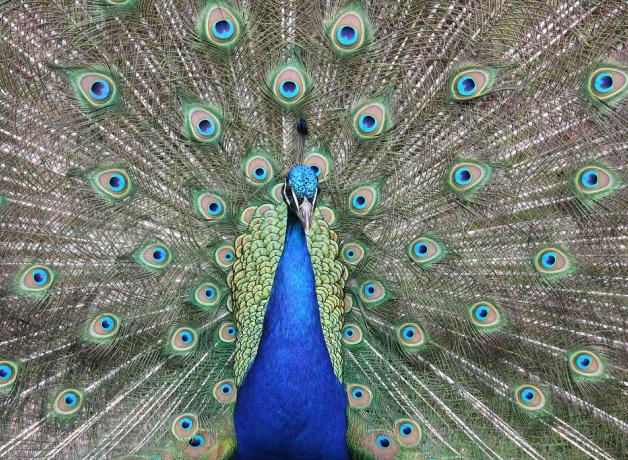 When a male Indian Peafowl unfurls its magnificently-colored tail and shakes it, it creates an ultra low frequency sound that we humans can’t hear. But it seems to get the special attention of female birds, called peahens.

The Peacock’s Tail: More Than Meets the Eye

A peacock’s tail is magnificent. Four, or sometimes even five feet in length, when opened it’s an iridescent wonder, shimmering and covered in giant spots.

And, as it turns out, when it comes to that wonderful tail, there’s even more than meets the eye.

As this male Indian Peafowl quivers his outstretched tail, it creates a rustling sound, almost like a drumroll.

Scientists call this the peacock’s “train rattle”. You might also call it the sound of peacock love.

That train rattle is also creating a vibration in the air that we humans can’t feel. But female peacocks, or peahens, can.

That low frequency rumble hits the sweet spot - also known as the resonant frequency - of both the male’s and female’s crest feathers. They start to vibrate in unison.

Peafowl also do a special wing shake, which seems to hit that same sweet spot.

Scientists aren’t quite sure how the train-rattle love buzz fits into peacock mating behavior. But for the first time, we’re starting to listen in.

Today's show brought to you by the Bobolink Foundation.
###

Bird sounds provided by The Macaulay Library of Natural Sounds at the Cornell Lab of Ornithology, Ithaca, New York. Recorded by Paul Marvin.

Special thanks to Suzanne Amador Kane and Roslyn Dakin for their recordings and assistance. https://www.haverford.edu/users/samador and https://roslyndakin.com/ 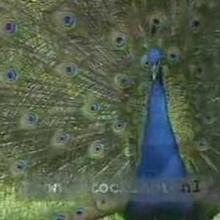