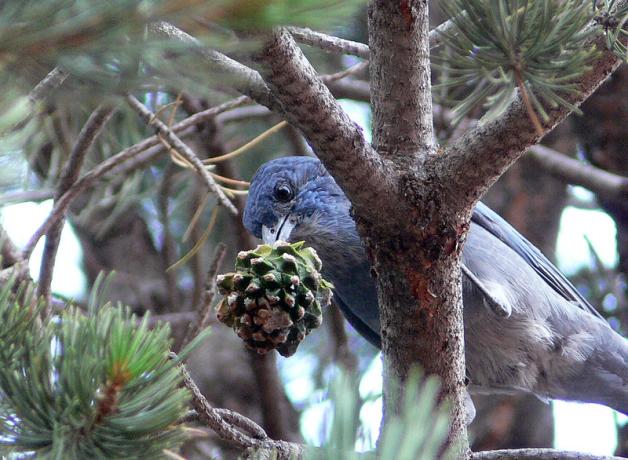 The pinyon-juniper woodlands of northern Arizona support Pinyon Jays, which rely heavily on pinyon nuts. The birds live in socially complex flocks of up to 500, and each buries 20-30 thousand nuts a year. They fail to find around 10% of those, helping pine dispersal. Pinyon nuts are also important to the Hopi people. Lilian Hill, Director of the Hopi Tutskwa Permaculture Institute, says they taste peculiar, both robust and sweet.

Lilian Hill: This entire pinyon pine forest which we’re in here in northern Arizona has been a source of food and subsistence for our people for many, many generations.
[introduces herself in Hopi] ...  My name’s Lilian Hill, I am Hopi, Tobacco Clan and the Director of the Hopi Tutskwa Permaculture Institute. As indigenous people, we have historically managed the trees to improve and continue the health of the forest.

Pinyon nuts are an important food for indigenous people.

Lilian: When you eat the raw nut, the taste is very peculiar; it’s piney, it’s nutty, it’s a very robust and sweet flavor.

Pinyon Jays also rely heavily on the nuts. They live in socially complex flocks of up to 500, and each bird buries 20 to 30 thousand nuts a year. They fail to find around 10% of their cache, helping pine dispersal.

But a warming, drying climate is causing massive pinyon tree die-off in places and is reducing nut crops across the West. Without any endangered species that call it home, the habitat has few, if any, legal protections from development and grazing.

Lilian: There needs to be some substantial co-management plans developed between tribal nations and the forest service in order to protect the pinyon-juniper forest.

Perhaps now is the time to remember America’s forgotten forest. 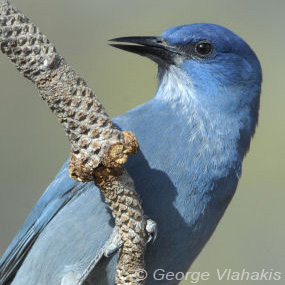