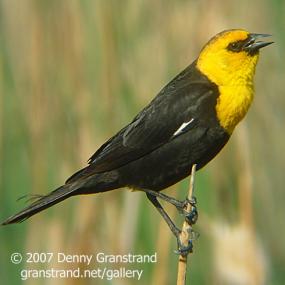 The Red-winged Blackbird is a familiar denizen of cattail marshes throughout Washington. In marshes east of the Cascades, Red-wings must share space with a larger cousin, the Yellow-headed Blackbird. The two species don't share evenly. Zoologist and blackbird expert Gordon Orians writes: "When Yellowheads arrive on their breeding marshes, they usually evict already established male Red-wings from their territories." Learn more about the research. Hear more blackbird songs at The Macaulay Library.

Quotation from Gordon Orians. Blackbirds of the Americas. With drawings by Tony Angell. Seattle: University of Washington Press, 1985, p. 44. 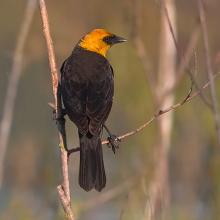 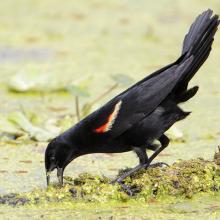 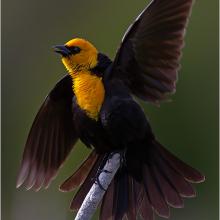 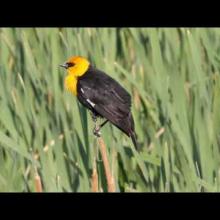 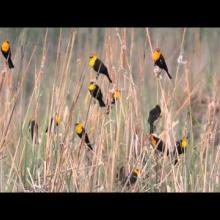