Rock Climbing Among the Peregrines 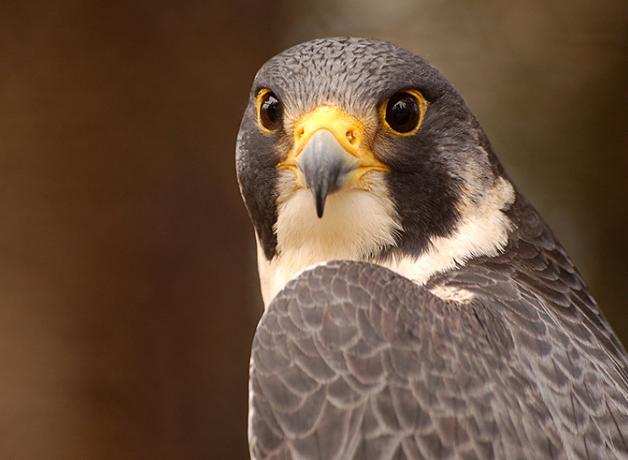 Eagle Cliff in New Hampshire’s Franconia Notch State Park is an important nesting site for Peregrine Falcons. Each year, popular climbing routes in the area close temporarily to give nesting falcons their space. After peregrines disappeared from the northeast due to the pesticide DDT, Eagle Cliff was the first natural rock face to host a successful peregrine nest. Now, state agencies and New Hampshire Audubon work with rock climbing groups to decide when to close cliffs in the summer.

Rock Climbing Among the Peregrines

— and keeping an eye out for Peregrine Falcons whipping by! These granite cliffs are important for peregrines — in fact, each year, popular climbing routes in the area close temporarily to give nesting falcons their space.

Historically, peregrines bred throughout New Hampshire’s White Mountains, but widespread use of the pesticide DDT caused them to disappear from the state and throughout eastern North America by the 1960s.

Biologists released captive-raised peregrines, hoping to reestablish the species in the wild. In 1981, Eagle Cliff hosted a successful peregrine nest — the first on a natural rock face in the eastern U.S. since the population crash. Since then, state agencies and New Hampshire Audubon have worked with rock climbing groups to decide when to close cliffs in the summer.

Rock-climbing biologists and volunteers have a unique role to play. They venture up to remote falcon nests to fit metal ID bands on the legs of peregrine chicks, helping scientists track the Peregrine Falcon’s recovery.

Climbers continue to enjoy the granite cliffs of New Hampshire — and they’ve helped ensure they’re not alone on the mountain.