A “lowly” bird once beloved by the nobility. 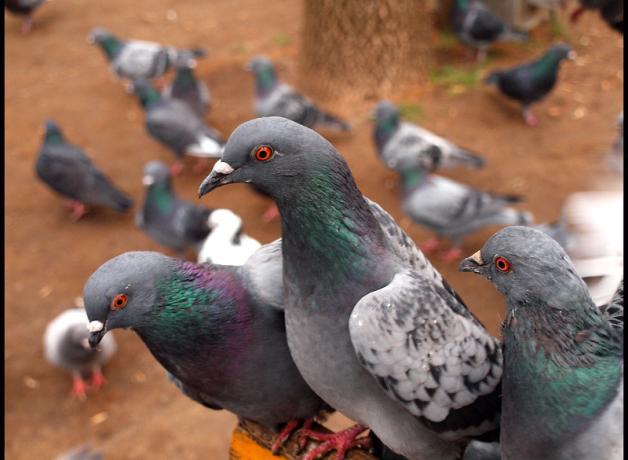 Despite their modern reputation, pigeons were once beloved by royalty. Akbar the Great, ruler of the Mughal Empire in the 16th Century, kept over 20,000 pigeons. Owning pigeons in parts of Europe was a privilege restricted to the nobility. Pigeon ownership became a flashpoint during the French Revolution, when commoners finally gained the right to raise pigeons. Learn more in Rosemary Mosco’s new book, A Pocket Guide to Pigeon Watching.

Mark Bramhill: It's hard to think of a more lowly regarded bird than the pigeon. But as Rosemary Mosco writes in her book A Pocket Guide to Pigeon Watching, people and pigeons go back thousands of years, and were beloved by royalty. Akbar the Great, ruler of the Mughal Empire in the 16th Century, kept over 20,000 pigeons.

Rosemary Mosco: Akbar the Great would have visiting dignitaries watch his pigeons fly round, and his hope was to sort of subdue them into awe and, you know, have them want to do business with him.

Mark Bramhill: And in parts of Europe, from the middle ages onward, pigeon-owning was a privilege:

Rosemary Mosco: Like in France and in the UK, you were only really allowed to have pigeons if you were a Royal.

Mark Bramhill: England stopped enforcing this pigeon-exclusivity in the mid-1600s. Over a century later in France, peasants who built illicit pigeon houses were still being forced to destroy them. Meanwhile, the elites' pigeons were allowed to fly into peasants' fields and snack on their crops. So pigeon ownership became a flashpoint in the French Revolution.

Rosemary Mosco: When the poor rose up, one of the things they did was they smashed all of the pigeon houses. And the people in charge desperately passed through these measures that said that, “yes, OK, the poor can keep pigeons.”

Mark Bramhill: Pigeons are no longer exclusive to nobility — but next time you see these birds, consider giving them a little more respect. For BirdNote, I'm Mark Bramhill.

A Pocket Guide to Pigeon Watching | Book by Rosemary MoscoPigeon Towers: The Rise and Fall of a 17th-Century Status Symbol | Atlas ObscuraRock Pigeon - More at All About Birds 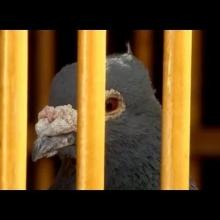