Searching Out Mega-Roosts of Chimney Swifts 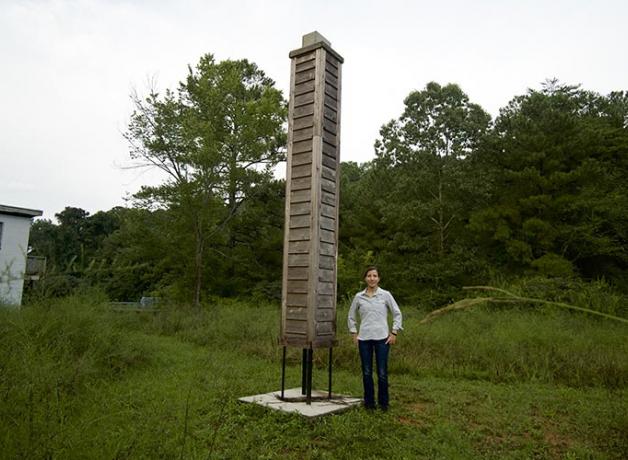 Chimney Swifts have feet so small that they can’t perch. Instead, they cling to the sides of vertical structures. Swifts used to live in the giant trees of old-growth forests, but after these were cleared, they adapted to live in chimneys. Today, that habitat is disappearing, too. Volunteers and scientists hope to preserve mega-roost chimneys, where thousands of swifts gather to form “swiftnados”, and supplement them with swift towers.

Searching Out Mega-Roosts of Chimney Swifts

It’s just before dusk in Birmingham, Alabama, and Greg Harber is riding his bike to one of his favorite chimneys just in time to see a swiftnado!

Greg: So right now there are probably, I would say 225 to 250 at the moment. Now they're starting to come in a little bit more. OK. So now we’re easily at 500 birds right there circling overhead.

Greg’s a volunteer for SwiftWatch, a project that helps count Chimney Swifts. These small, brown birds look a lot like sparrows, with one important difference--their feet are so small they can’t perch. Instead, they cling to the sides of vertical structures.

Swifts used to live in the giant trees of old-growth forests, but after these were cleared, the birds came to live in chimneys. Since the 1960s, however, most houses aren’t built with chimneys.

Greg looks for mega-roost chimneys, where there can be thousands of swifts.

Lianne Kozcur is Conservation & Science Director at Alabama Audubon. She uses the locations of the mega-chimneys to preserve them and hopes swift-watchers can expand into more rural areas.

Lianne: That's just a little bit heartbreaking to me to think about what happens if it's some small town in north Alabama that maybe just doesn't have a lot of chimneys. If there's one or two, and one gets demolished, where are these birds roosting at night now?

One solution has been constructing swift towers: free-standing, wooden chimneys, one foot across and 12 feet tall. But these can house only about a hundred birds each. So they need volunteers to identify the chimneys that swifts frequent the most and to protect these.

Lianne: If you've ever seen a swiftnado of, like, two to three thousand birds, I don't know how you don't get hooked on it. I feel like it should just be one of the natural wonders of the world. 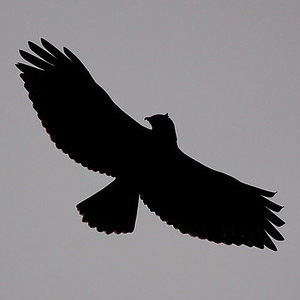