Sibelius and the Swans 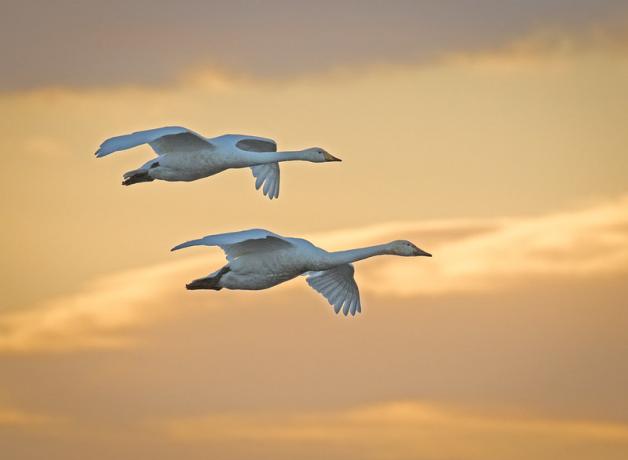 In April 1915, Finnish composer Jean Sibelius wrote in his diary about seeing 16 Whooper Swans overhead. He was entranced by both the sight and the sound of the swans. He watched them depart — “like a gleaming silver ribbon,” — and declared the image one of the great experiences of his life. And then Sibelius transformed the breathtaking natural moment into music.

Sibelius and the Swans

Sixteen swans, in flight. Immaculate white, on glistening wings. Magnificent birds of such size that their wing strokes seem to flow in slow motion.

Finnish composer Jean Sibelius (pron. zhahn see-BAY-lee-us) wrote about this scene in his diary in April 1915. These were Whooper Swans, migrating north to Finland.

The composer was entranced by both the sight and the sound of the swans. He watched the swans depart — “like a gleaming silver ribbon,” he wrote — and declared the image “one of the great experiences of my life.”

The swans’ undulating wings and tremulous voices carry the central theme of his acclaimed Fifth Symphony, a theme written just after the swans flew over.

Swans have charged composers’ imaginations again and again. There’s Tchaikovsky’s “Swan Lake.” And twenty years earlier, Sibelius himself had written “The Swan of Tuonela,” (pron. TWAH-neh-luh) a tone poem that captures the quiet grace of a resting swan.

[a few seconds of “The Swan of Tuonela,” https://www.youtube.com/watch?v=Fs2d0cW5FxM, ]

re swan theme:https://www.npr.org/2011/07/18/111667517/sibelius-5th-symphony-a-song-f…
“In the symphony's breathless moto perpetuo finale, Sibelius introduces one of his most memorable ideas: a bell-like tolling of chords among the four horns that is said to have come to him after he watched a flock of swans pass overhead. This "swan theme," which emerges from the giddy rush of the tremolo strings, is the soul of the movement, and it's accompanied by a poignant, singing subject given out in octaves by the woodwinds and cellos.”

six of the best: pieces of music inspired by swans:
http://www.classical-music.com/article/six-best-pieces-music-inspired-s…

Swan inspired theme from Third Movement of Sibelius’ Fifth SymphonySix of the best: pieces of music inspired by swans: 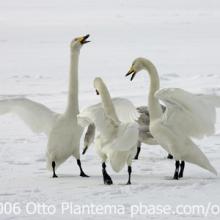 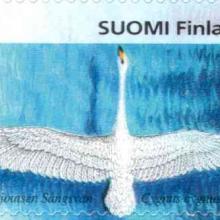 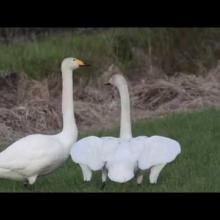 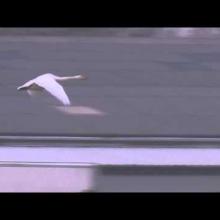