Singer's Brain Changes with the Seasons 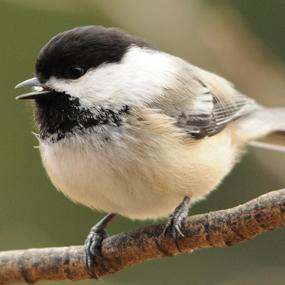 In higher animals, the brain is like a Lamborghini — amazing engineering, but expensive to run. In a human, the brain uses about 10 times more energy than other organs. A bird's system is exquisitely attuned to this expense. Several species, including Black-capped Chickadees, have adapted in a clever way. You can usually hear these chickadees calling throughout fall and winter. But they aren’t singing much, because they don’t need to. In their brains, the centers that control how they learn and give voice to songs shrink. But as the birds resume singing during spring, the control centers in the brain rejuvenate.

BirdNote®
Singer’s Brain Changes With the Seasons
Written by Bob Sundstrom
This is BirdNote.

In higher animals, the brain is like a Lamborghini — amazing engineering, but expensive to run. In a human, it uses about 10 times more energy than any other organ.

This same seasonal fluctuation appears true of the chickadee’s hearing ability. Experiments have shown that a bird’s hearing is more acute in spring. So is their ability to interpret sounds. This may help male birds tell the difference between a neighboring male he already knows and an interloper who's infringing on his territory. And more finely attuned hearing can also help a female bird rate the songs of males she hears, so she can pick out the best partner. [Black-capped Chickadee song, ML 163374]

All of which means that seasonal changes in the gray matter itself put birds’ brains in a class by themselves.
### 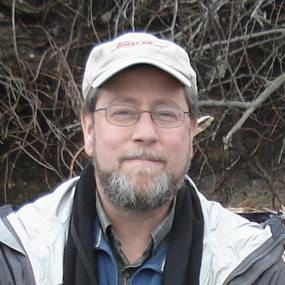