The Ten Commandments of Subirdia

Tips for a happy coexistence with birds and nature 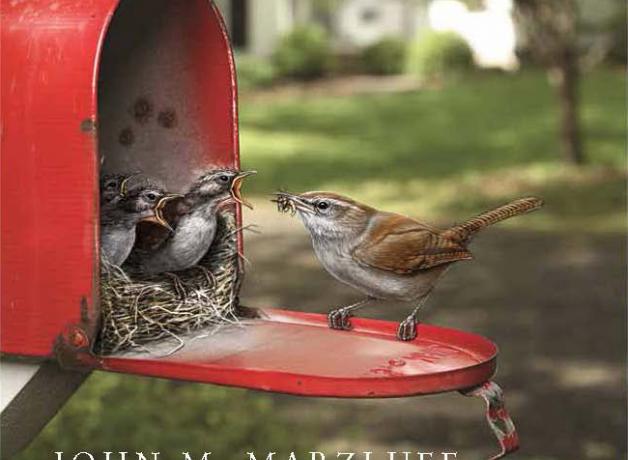 In his book Welcome To Subirdia, bird expert John Marzluff offers a guide for living in close proximity to birds and other wildlife. His advice includes the following “commandments:” Do not covet your neighbor's lawn; keep your cat indoors; make your windows visible to birds; don’t light up the night sky; and provide food, water, and nestboxes. Perhaps most importantly, Marzluff encourages us to enjoy and bond with nature.

There's a lot we can do to help birds. Learn more at https://www.3billionbirds.org.

Special thanks to the Horizons Foundation for supporting BirdNote's participation in the #BringBirdsBack campaign.

The Ten Commandments of Subirdia

Written By Dominic Black from an interview with Professor John Marzluff
Marzluff is the James W. Ridgeway Professor of Forest Sciences at the University of Washington in Seattle.

In his book Welcome To Subirdia, John Marzluff offers a guide to living in proximity to birds and other wildlife. John Marzluff is Professor of Wildlife Science at the University of Washington, in Seattle. And here are his Ten Commandments for happy coexistence with nature, and birds in particular:

The first is, Do not covet your neighbor's lawn. The lawn is really an ecological disaster of the highest magnitude.

The second one is to Keep your cat indoors.

Six, Do not kill native predators.

Seven, Foster a diversity of habitats within the cities where we live.

Eighth, Make the roads safer for animals and crossings of hazardous places in general safer.

And Nine, Work with planning authorities to try to ensure that we have functional connections - those that are useful to animals between aquatic and terrestrial places in our cities.

And finally Number Ten is to Enjoy and bond with nature wherever you live. And that's very important because engaging with nature allows people to appreciate nature, build respect for it, care, wonder and even love for nature.