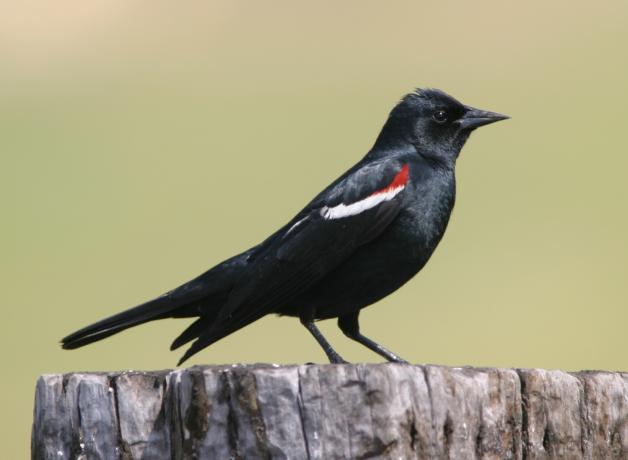 Tricolored Blackbirds nest primarily in California, but smaller groups breed from the state of Washington to Mexico’s Baja California. They look a lot like Red-winged Blackbirds, except Tricolored males have dark red epaulets and white bars on their wings instead of scarlet epaulets and yellow bars. And they sound quite different.

The caterwauling that rises from a breeding colony of Tricolored Blackbirds can reach ear-piercing levels.

In the past, as many as 200,000 of these blackbirds might be seen nesting in the same vast marsh in California.

While once plentiful, Tricolored Blackbirds are now listed by California as endangered. Drought and loss of marsh habitat are largely to blame. Some colonies have relocated to agricultural lands, but farming practices—especially the harvest schedule and pesticides—may disrupt breeding.

Still, there is hope. Audubon California now directs a conservation effort that involves farmers, government, and conservation organizations, all working together to boost the population of this unique species. 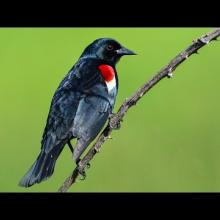