A landfill? a sewage treatment plant? a cemetery? Where are you taking me? 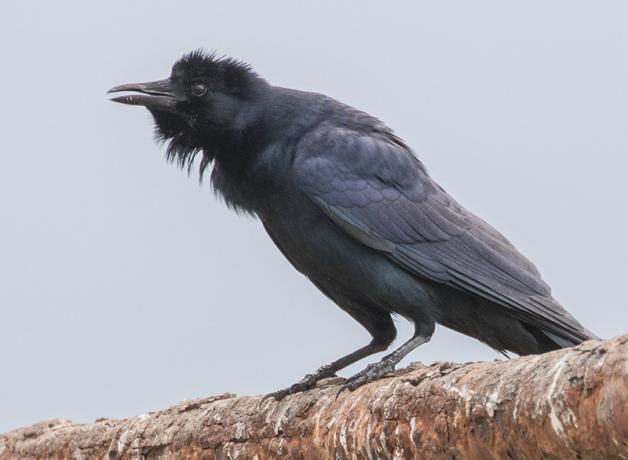 Birding is often best in the least likely places. At sewage treatment plants, watch for ducks and gulls - and raptors keeping watch over them all. Another place might be your local landfill or dump. The Brownsville, Texas dump was, for years, the only place in the US you could find this Tamaulipas Crow. For a more sedate birding adventure, visit a cemetery. Especially in rural areas and in the Midwest, cemeteries are often repositories of native plants, and thus magnets for migratory birds, which find food - and cover - in those green oases.

Location is just as important in birding as in real estate.

But unlike real estate, where the prime location has a panoramic view or great ambience, birding is often best in the most unlikely places.

For instance, sewage treatment plants are great places to look for birds. Watch for gulls, ducks, and the ever-vigilant raptors keeping watch, nearby. [Cries of Glaucous-winged Gulls]
Another place might be your local landfill or dump. [Garbage truck sounds] From Alaska to southern Texas, dumps are often great places to find good birds. The Juneau, Alaska landfill is famous for its “gathering of gulls,” and you used to be able to find lots of ravens, too. [Gronk-gronk of Common Raven] And at the southern tip of the country, the Brownsville, Texas dump was, for years, the only place in the US you could find a Tamaulipas Crow. [Caws of Tamaulipas/Mexican Crows]

For a more sedate birding adventure, visit a cemetery. [Soft twittering of a House Finch] Especially in rural areas and in the Midwest, cemeteries are often repositories of native plants, remnants of the native habitats of the 19th century. They’re magnets for migratory birds, which find food—and cover—in those green oases. They’re quiet, too.

Just remember: birds are where you find ‘em. [Soft twittering of a House Finch] 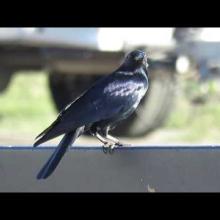