A long story in a short song! 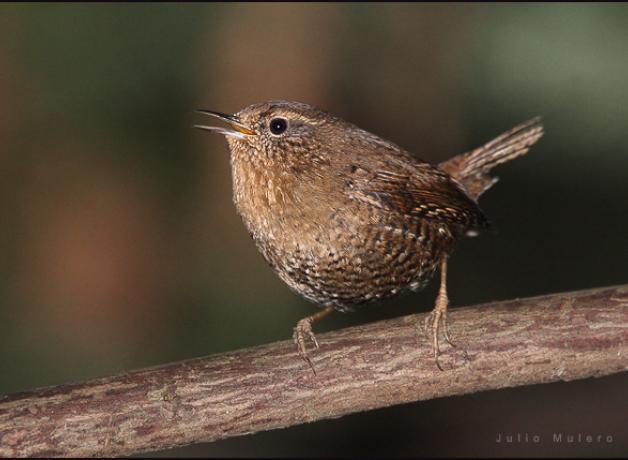 What does the Pacific Wren hear in a song? It's a long story. What we hear as a blur of sound, the bird hears as a precise sequence of sounds, the visual equivalent of seeing a movie as a series of still pictures. That birds can hear the fine structure of song so acutely allows them to convey much information in a short sound. Pacific Wrens are found most often in closed-canopy conifer forests, nesting in cavities, usually within six feet of the ground.

Find out what’s new with BirdNote - subscribe to our newsletter at BirdNote.org.

What we hear as a blur of sound, the Pacific Wren hears as a precise sequence of sounds.  That birds can hear so acutely the fine structure of song allows them to convey much information in a short sound. “This is probably why," naturalist Rosemary Jellis writes, "even the most extensive bird songs seem so brief to us.

Let's listen again, but this time with the song slowed down to one-quarter speed. [Song of the Pacific Wren at 1/4 speed]

The same would be true for Winter Wrens of the eastern states and Eurasian Wrens.

Whatever the species, they remind us that creatures we share the world with, read and respond to nature in ways we sometimes cannot see or hear. 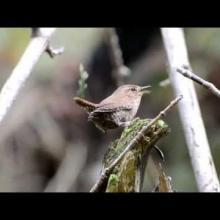 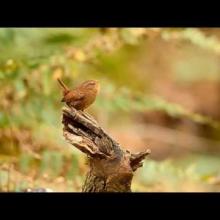