A Wide World of Crows

They’re all the same size, all black — right? Wrong! 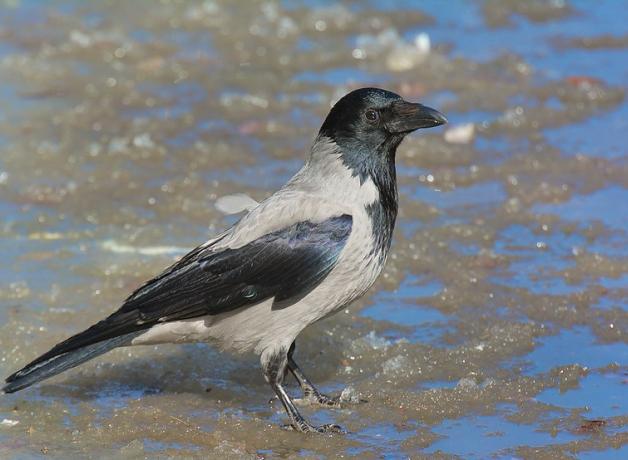 Crows are found on every continent except South America and Antarctica. And while there are a lot of similarities, there are a lot of differences, too. Imagine a powder-gray crow with a pink beak. There’s one thing they have in common, though: they’re all smart.

A Wide World of Crows

Crows can seem... a bit mundane. They’re all about the same size, all black. Right? Wrong. There’s a wide world of crows out there, with more than three dozen species.

New Guinea is home to the Grey Crow, feathered in powder gray with a hefty pink beak.

The Hooded Crow of Europe and the Middle East is sort of a two-tone crow. It has a gray body, nicely offset with black head, wings, and tail. The Pied Crow of Africa is black with a bold white collar and breast.

The island of Seram, in Indonesia, is home to the Violet Crow. It has an iridescent blue-black body and black hood — or head — with a very small beak.

And then there’s the aptly named Large-billed Crow, of East Asia, with a massive, humped honker of a beak.

You’ll find crows in forests, dry scrubland and many ecosystems in between, from northern farmlands to the southern tropics.

The first crows evolved on an ancient fragment of land that would later become Australia. From there, they spread to Asia and on to other continents. Today more than a third of all the world’s crow species are found only on isolated tropical islands. And they all belong to the genus Corvus, along with their larger kin, the ravens.

So, when you say hello to your neighborhood crow, consider how unique that bird is, among all the species of crows out there.