The Wild Parrots of San Francisco

Rowdy, colorful parrots have found homes in the Bay Area! 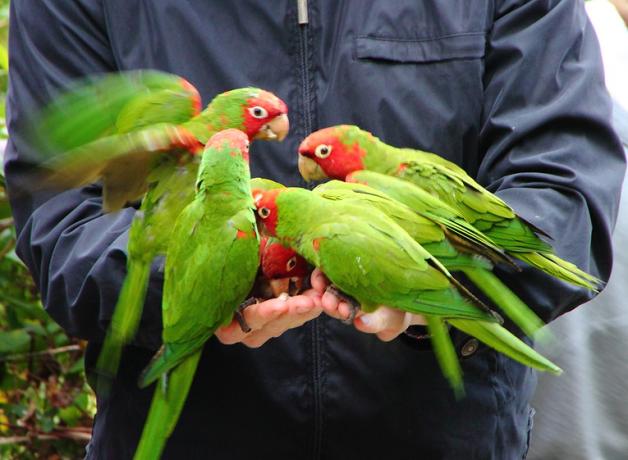 Flocks of Cherry-headed Conures, a species native to South America, are now found throughout San Francisco. While a local legend claims that a pet shop owner introduced them by burning the shop down, it’s more likely that that a few of these loud-mouths exasperated their owners until they “accidentally” left a window open. Sadly, wild Cherry-headed Conures are falling ill from rodent poison. A nonprofit, Mickaboo, adopts out healed rescues.

The Wild Parrots of San Francisco

Troublemakers. Clowns. These rowdy crowds of parrots in San Francisco are splashed with maraschino red and pickle green, as bright and cheery as the iconic ‘Painted Ladies’ houses lining Alamo Square.

They’re the subject of books, documentaries, and controversy. Some people disapprove because they displace locals, a perennial discussion in the city whether you’re talking about birds or people.

Their origin is debated. A local legend claims that a pet shop owner burned down her shop, unleashing the exotic imports. What’s more probable is that a few of these loud-mouths exasperated their owners until they… “accidentally” left a window open.

Despite their raucous nature, the parrots delight many tourists and locals. Come to San Francisco and you just might spy the wild parrots through the fog as they seek their lush diet of pine seeds and juniper berries.

With a life expectancy of 50-plus years, these are long-term roommates. 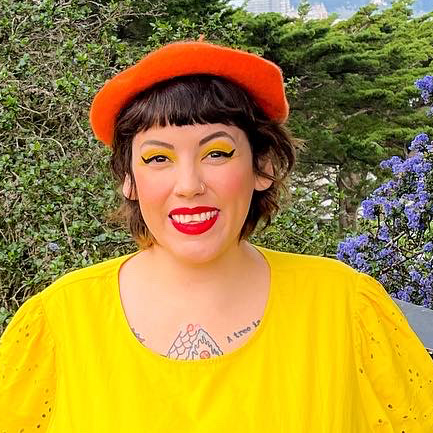 Where Did the Wild Parrots of San Francisco Come From? | KQEDRat Poison Is Killing San Francisco's Parrots Of Telegraph Hill | ForbesCherry Head / Red-masked Conures – More at Beauty of Birds