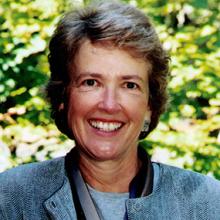 Founder and Executive Producer Emeritus
The idea for BirdNote grabbed Chris in 2002 – and never let go! As Executive Producer of BirdNote, Chris continued her deep interest in creating ways for people to learn what birds reveal about the complexity of the natural world. Having been the director of Seattle Audubon for nine years, she was keen to see the Audubon movement grow and nurtured partnerships with National Audubon and many other conservation organizations during her tenure.

Chris retired in June 2014 and now enjoys being outdoors on Whidbey Island with her husband, listening to the song of the Swainson's Thrush, and improvising jazz flute.

Browse shows that Chris has contributed to.