In fall and spring, hundreds of thousands of migrating birds collide with glass buildings in downtown areas. On Sunday, October 21, 2012, BirdNote’s executive producer Chris Peterson trailed Annette Prince of Chicago Bird Collision Monitors – or CBCM -- from dawn to dusk to rescue and recover the survivors in Chicago’s Loop. (Read that part of the story here.)

Come along now, as we take the live birds to Willowbrook Wildlife Rehabilitation and Education Center in Glen Ellyn, where some will be released and others receive care. 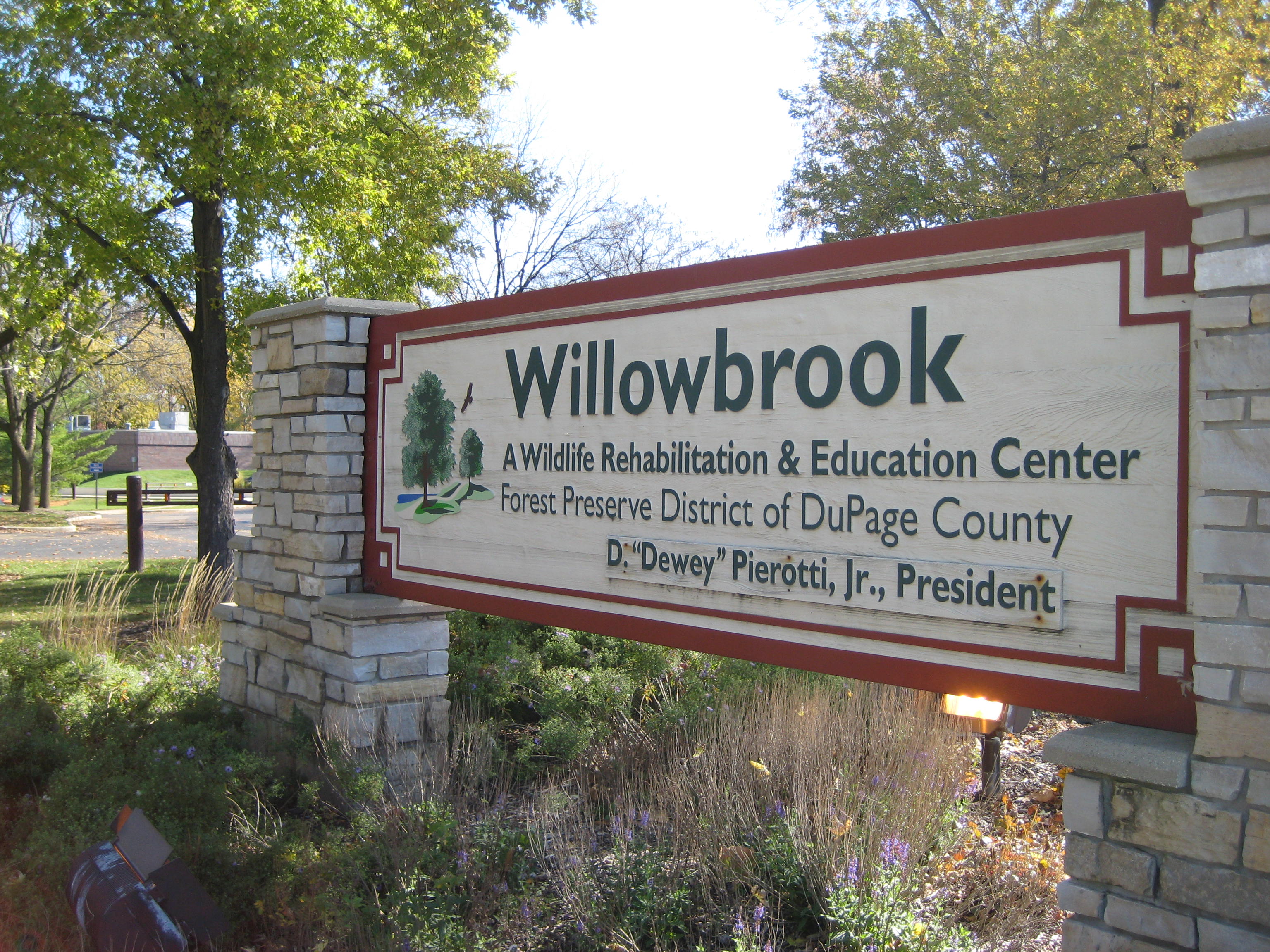 Willowbrook staffer Justin Sharp will first give each bird a “flight test” to see, within an enclosed space, how well each can fly and perch – how well they’ve recovered to this point. Here’s Justin about to release the first bird into the cage.

Those that fly and perch well will be documented for species, age, and sex and will receive a leg band. They’re now only one step away from being released into a more familiar habitat.

Trish, a veterinarian who volunteers on weekends, is releasing the birds that are ready to be on their way. They’re west of the city and they can continue southward without immediate hazards.

Here, Annette releases “B” and it flies to a nearby tree trunk – as one would expect a Brown Creeper to do.

But Brown Creeper B appears to have used all its energy to get to the trunk. It’s going nowhere. And its head begins rocking or “ticking.” Immediately, Annette realizes that it’s not ready to be on its own, so she recaptures it.

This Brown Creeper will now go to the clinic to receive medical attention. It’s admitted and treated by Trish, the veterinarian. It will be given a tiny dose of medicine to reduce inflammation from head trauma.

Annette will return the Brown Creeper to the bird nursery for recovery where, like many other birds, it receives excellent care.

Staff and volunteers at Willowbrook work quickly. Some days they receive more than 100 birds at once to check, release, or begin rehab. Any time spent by a bird in hand can be stressful to the bird.

Let’s return to Brown Creeper “A." Remember that Annette found it, in Chicago’s Loop?

Brown Creeper “A” was released fairly soon after our arrival at Willowbrook. Now, some twelve hours later, with her duties done, Annette is preparing to return to the city. Alone on the Willowbrook grounds, I look up to see a Brown Creeper foraging in a tree. I’m betting that’s “A,” getting a meal before it resumes migrating south.

Can you see its silhouette in the middle of the photo – where the main trunk divides? Now follow the left trunk for about one foot, and look for it on the right side.

Annette Prince and her fellow volunteers are inspiring. While their devotion and selfless commitment seem extraordinary, they represent many who have chosen to work or volunteer for wildlife rehabilitation. The volunteers of Chicago Bird Collision Monitors respond to hot-line calls year-round, and during spring and fall migration, they put in hours upon hours, seven days a week.

When I asked Annette what generates such caring and commitment, she responded with this: “Birds are amazing creatures. They deserve a better fate.”

This is a serious problem for migratory birds. Please help us get the word out.

You might even want to volunteer to help rescue and recover birds in your area. Many cities are encouraging the dimming of architectural and internal lights in skyscrapers during spring and fall, in order to help save migratory birds. These cities include Chicago, Boston, Washington, DC, the Twin Cities, Portland, OR, San Francisco, Toronto, and others. If your city doesn't yet support the Lights Out! program, encourage your city council to do so. The US Green Building Council has more information.
Learn more about Chicago Bird Collision Monitors. CBCM is under the umbrella of Chicago Audubon Society.

Birds and Glass, at Discovery.com