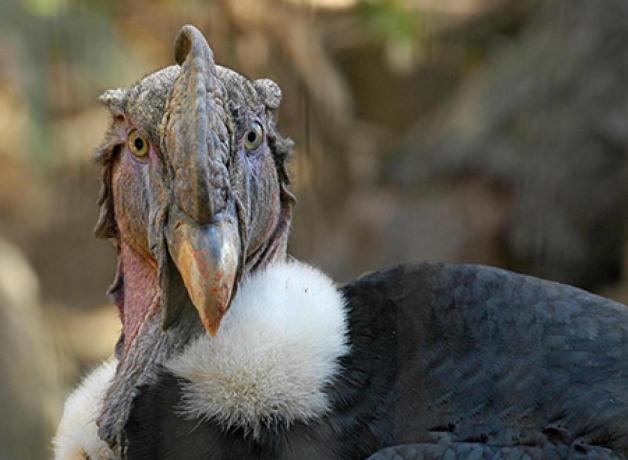 Today marks the mid-point between June's longest day and December's shortest day. We may hardly notice, but ancient cultures closely watched the changes in the sun's daily patterns. One legend from the Andes of South America held that only the giant Andean Condor (like the one pictured here), with its ten-foot wingspan, had the strength to lift the sun each morning and pull it back down each evening.  You can learn more about this condor at The Peregrine Fund. Or visit your local Audubon chapter, and find your local birds.

The autumnal equinox marks the mid-point between June’s longest day and December’s shortest day. We may hardly notice, but ancient cultures were closely attuned to the changes in the sun’s daily patterns. In the Andes Mountains of South America, some peoples believed that a great bird played a role in those seasonal changes.

According to legend, only the giant Andean Condor, with its ten-foot wingspan, had the strength to lift the sun each morning and pull it back down each evening. Along its journey, the condor communicated with the sun god, who endowed the bird with healing properties. Some believed that eating the dried heart of a real flesh-and-blood condor would cure disease.

We now know that the Andean Condor doesn’t have any god-given healing magic. Oh, but they are magical. These condors are the largest flying birds in the Western Hemisphere, traveling up to 200 miles in a day in search of dead or dying animals. They’ve been known to drag carcasses weighing 44 pounds.

That’s quite a cargo for this 30-pound condor, but nothing compared to dragging the sun up each morning and back down again each evening.

Thanks for listening to BirdNote throughout the seasons. I’m Mary McCann. 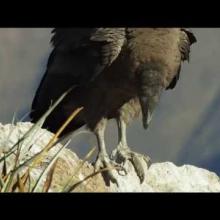