Reducing your lawn can make space for native plants! 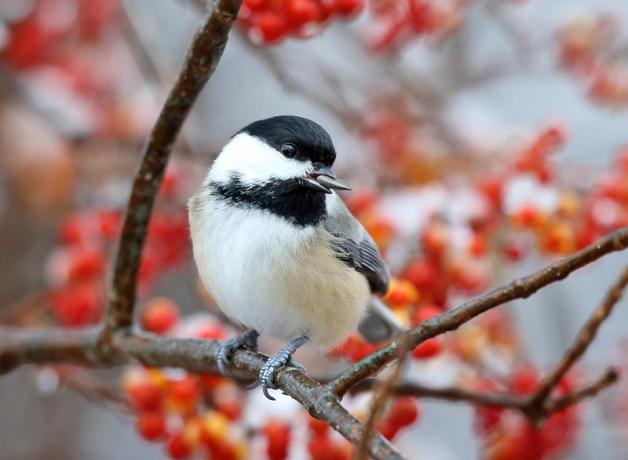 One of the biggest threats to birds is the decline in biodiversity due to habitat loss — and the traditional, manicured lawn isn’t helping. Growing native plants in your yard allows you to protect birds at home, says ecologist Douglas Tallamy, who co-founded an organization called Homegrown National Park® to help people transform their lawns into havens for wildlife.

One of the biggest threats to birds is the decline in biodiversity due to habitat loss — and the traditional, manicured lawn isn’t helping.

Even birds who visit backyard feeders — like these Black-capped Chickadees — need a healthy mix of seeds, berries, and insects often found on the native plants we villainize as “weeds” when they grow in our lawns, says ecologist Douglas Tallamy.

Doug Tallamy: We have more than 40 million acres of lawn in the US, which is the size of New England. And that's an ecological deadscape.

That means one of the easiest ways to protect birds at home is to grow native plants, says Tallamy, who co-founded an organization called Homegrown National Park® to help people transform their lawns into havens for wildlife.

Doug Tallamy: And I’d love people to stop looking at their yard as an isolated ecosystem, it's part of a neighborhood. And somebody who's got a sunny spot down the street, but no trees? Okay, that's where the pollinator gardens go. Somebody who's got a giant oak and is overspreading two or three yards? That's great! That's going to provide a lot of resources for many of the houses in that yard. So look at your neighborhood as an entire local ecosystem and see what the total resources are.

Doug Tallamy: But imagine if everybody did this. This is why we call the Homegrown National Park® movement a grassroots movement, it's a call to action.

Homegrown National Park®:Nature's Best Hope: A New Approach to Conservation That Starts in Your Yard, Bo…Bird-friendly Planting in Fall - With Joanna BuehlerThe Ten Commandments of Subirdia/listen/shows/bringing-birds-beltline