From barren landscape to lush birdscape! 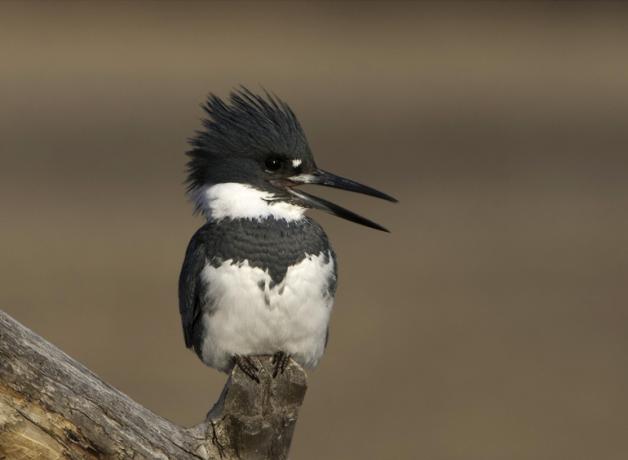 The landscape around Joanna Buehler’s home on Lake Sammamish was once completely barren. But today, it provides food, water, and refuge for many species of birds. You can create a bird sanctuary in your own yard by selecting native plants adapted for your area. If you’re lucky, nature will do some planting for you! That’s what happened in Joanna’s landscape: the cottonwood trees that seeded themselves are a safe place for birds like this male Belted Kingfisher to perch.

Joanna says lots of resources are available online if you search for “native plants” and the name of your state or region. Or find a native plant society in your area in our Related Resources below.

Before Seattle-area resident, Joanna Buehler, started planting at her home, the site was completely barren. Today, towhees, jays, chickadees, swallows, woodpeckers and others find food and refuge there. She landscaped with birds in mind.

“Water, food, and cover…those are the main elements, I think. So think about what kind of plants are growing naturally in your area – they’re hardy, they’re adapted to the area, so they have co-existed and the birds have co-existed.”

“How do I control the weeds? I spend hours out there battling on my hands and knees! [laughter] But at the same time, that’s as close as I get to meditation, to prayer. I love being in my garden. It calms me, it puts things back into perspective...”

Fall is a good time to plant. The plants are going dormant. They’ll put their energy into growing roots and getting established. If you’re lucky, nature will do some planting for you…

“Years ago some cottonwoods seeded themselves and I didn’t cut them down, I let them grow. Twenty-five years later I now have Bald Eagles sitting in them, a Blue Heron perches up there; there’s a regular Belted Kingfisher who’s here… As that vegetation has grown, it’s provided habitat.”

For more on planting for birds, begin at birdnote.org.

Bird sounds provided by The Macaulay Library of Natural Sounds at the Cornell Lab of Ornithology, Ithaca, New York. Call of Spotted Towhee [44933], drum of Downy Woodpecker [44905], and calls of Barn Swallows [105655] recorded by G.A.Keller; Red-breasted Nuthatch [110378] by W.L. Hershberger. 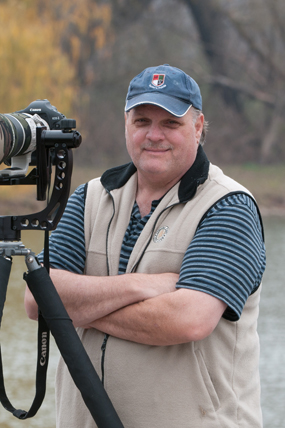