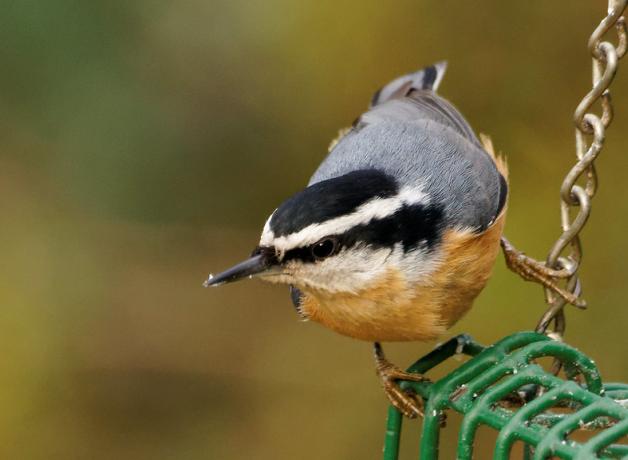 © Ellen and Tony, this is for the birds, CC

Who's in the neighborhood today? It's amazing how many birds you can see – and hear – when you go for a walk. There's a towhee... and a Steller's Jay ... now, a junco ... There's the "tin trumpet" sound of this Red-breasted Nuthatch. And the Ruby-crowned Kinglet is warming up, all because it's spring. Oh, and the Song Sparrow! What a song! Consider taking a walk in your neighborhood. Find out what you can see – and hear!

Bye, Honey. See you in a little bit. I’m takin’ the dog for a walk.

Ah, the great outside. Time for a little exercise and self-renewal.

But who’s that little guy telling everyone “This bush is my territory?” Let’s take a closer look … [Junco singing]. It’s a junco! I just saw his tail-feathers flash white as he flew.

Why not take a walk and hear who’s in your neighborhood today? [Whinny of American Robin] 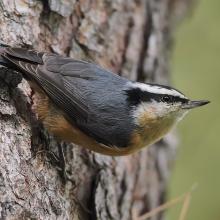 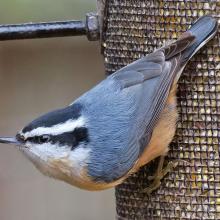 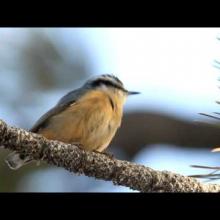 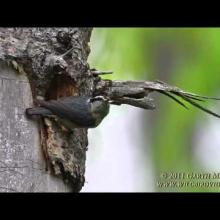