Overcoming near-destruction twice in a century! 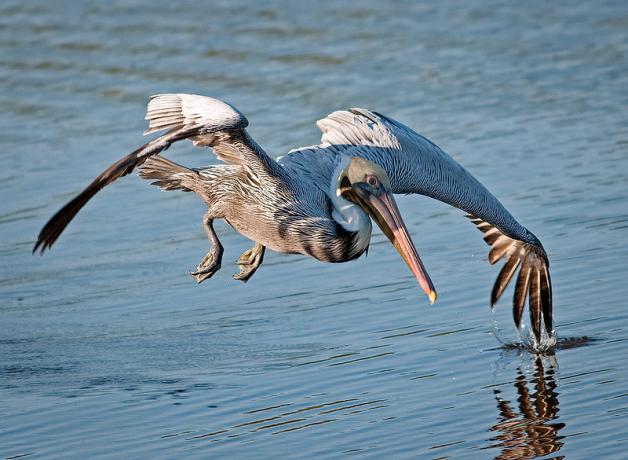 Brown Pelicans are a regular sight today along the Gulf of Mexico and our southern coastlines. But these birds have not always been so plentiful. They were hunted for their feathers and as pests by fishermen. The Migratory Bird Act of 1918 protected their recovery. But by 1970, pesticides were killing pelicans outright and thinning their eggshells. The 1972 Endangered Species Act has helped lead to a gradual comeback.

Brown Pelicans are a regular sight today along the Gulf of Mexico and our southern coastlines. But these birds have not always been so plentiful — they’ve faced near-destruction twice in the past century.

Brown Pelicans were hunted for their feathers and as pests by fishermen. The Migratory Bird Act of 1918 helped protect their recovery in years to follow. But by 1970, the birds were in serious trouble again. The chemical poisons endrin and DDT had killed pelicans outright and thinned their eggshells so they couldn’t breed successfully.

Fortunately, conservation efforts and the advent of the Endangered Species Act in 1972 led to the banning of DDT and reduced use of endrin.  And in the years since, Brown Pelicans have made a gradual comeback. The U.S. population was removed from the Endangered List in 2009. But conservation requires constant vigilance. The Deepwater Horizon oil spill in 2010 killed an estimated 12% of the breeding population in the Gulf of Mexico.

Still, each splashing dive of a Brown Pelican today marks one of the country’s outstanding conservation successes and reminds us of the precarious balance of our ecosystems.

Brown Pelican | All About BirdsFinding Hope in the Story of the Brown Pelican | AudubonBrown Pelicans: A Test Case for The U.S. Endangered Species Act | Yale Environm…Video: How Do Pelicans Survive Their Death-Defying Dives? | Deep Look 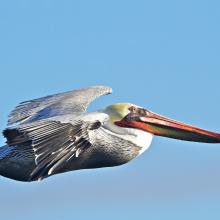 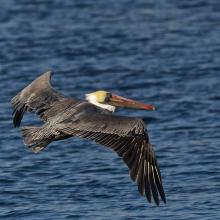 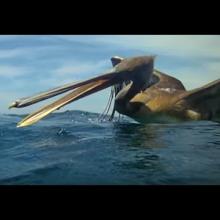 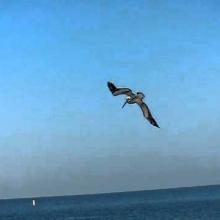