Frank Chapman and the Solitaire 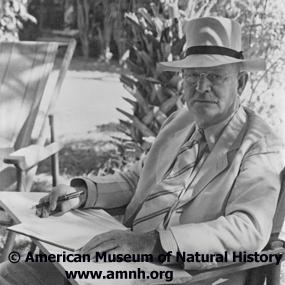 Frank M. Chapman, born in June, 1864, was the father of the Audubon Christmas Bird Count. He became Curator of Birds at the American Museum of Natural History. The author of many books, Chapman carried on an active program of field research in Central and South America. And his choice for the most beautiful bird song of all? It's the Slate-colored Solitaire of the Mexican cloud forest!

Frank Chapman and the Solitaire –
The Most Beautiful Song

[Song of the Slate-colored Solitaire]

What’s your choice for most beautiful bird song?

Frank M. Chapman, a leading ornithologist in the 1880s [urban ambient from the
1880s] and the father of the Audubon Christmas Bird Count, knew the songs of many birds. He was Curator of Birds at New York City’s American Museum of Natural History and the author of many books on ornithology.  And he conducted field research in Central and South America. So it’s not surprising then that Chapman’s choice for the most beautiful bird song of all comes from the Mexican cloud forest: the Slate-colored Solitaire. [Song of the Slate-colored Solitaire]

To fully appreciate the song, Chapman suggested that it be slowed so the notes can be heard more clearly. [Long selection of song at slower pace]

And sometimes it’s good for us to slow down and listen to our favorite bird song. [Song of the Slate-colored Solitaire]

If your favorite bird isn’t singing right now, chances are you can hear it online at BirdNote.org. 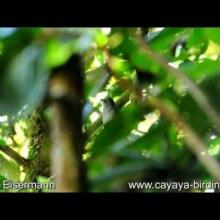