How to Be a Better Wildlife Photographer

Nature photography should be more than eye-catching photos. 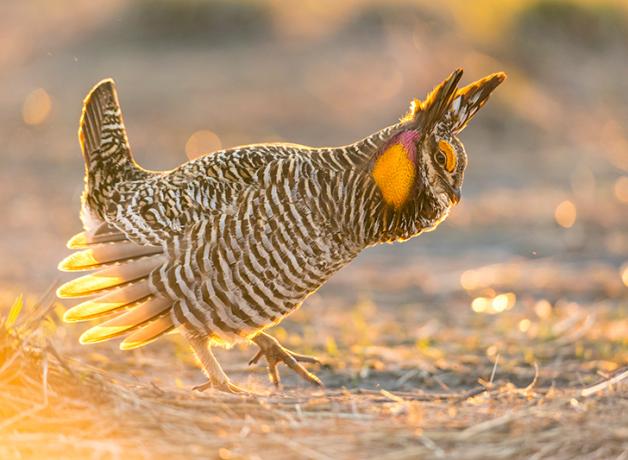 Conservation photographer Noppadol Paothong says that if you go out to take pictures of birds, you shouldn’t just aim to take an eye-catching photo. He spends long hours in photo blinds, often watching and studying birds rather than photographing them. He has become deeply familiar with some populations of sage-grouse, to the point that he can recognize individuals. Caring about the wildlife you photograph, particularly for rare and declining species, will make you a better photographer, he says. Noppadol strives to highlight the challenges that birds face through his photos and point toward solutions.

How to Be a Better Wildlife Photographer

Conservation photographer Noppadol Paothong says that if you go out to take pictures of birds, you shouldn’t just aim to take an eye-catching photo.

Noppadol Paothong: I think what's different in my approach is that I know the subject I photograph. I like to watch the animal I photograph, and sometimes I would rather watch them than photograph them.

By spending long hours in photo blinds and even sleeping in them overnight, Noppadol has become deeply familiar with some populations of Greater Sage-Grouse —

Noppadol Paothong: — to the point that I almost recognize each one of them when I look at the face because they have different marking in their face, or missing a few pieces of feather from fighting.

When dealing with rare and declining wildlife, keeping the well-being of the species in mind is crucial.

And he wants to help cultivate the next generation of photographers to keep the mission going.

Noppadol Paothong: That'd be my ultimate goal — to inspire younger people to do what I do, because I can't do this forever. I had a girl who was probably 10 years old send me a letter saying she wants to be a photographer because of me, and she will continue doing conservation work because she believes what she does will make a difference. That means a lot to me.

See more of Noppadol Paothong's conservation photography on his website and in Missouri Conservationist magazine.

Noppadol Paothong: Website and Photography BooksA nature photographer’s journey from Thailand to MissouriWebinar | Sage Grouse: Icon of the WestGreater Sage-Grouse – More at All About Birds